Home | Tree News | We Almost Forgot About the Moon Trees

We Almost Forgot About the Moon Trees 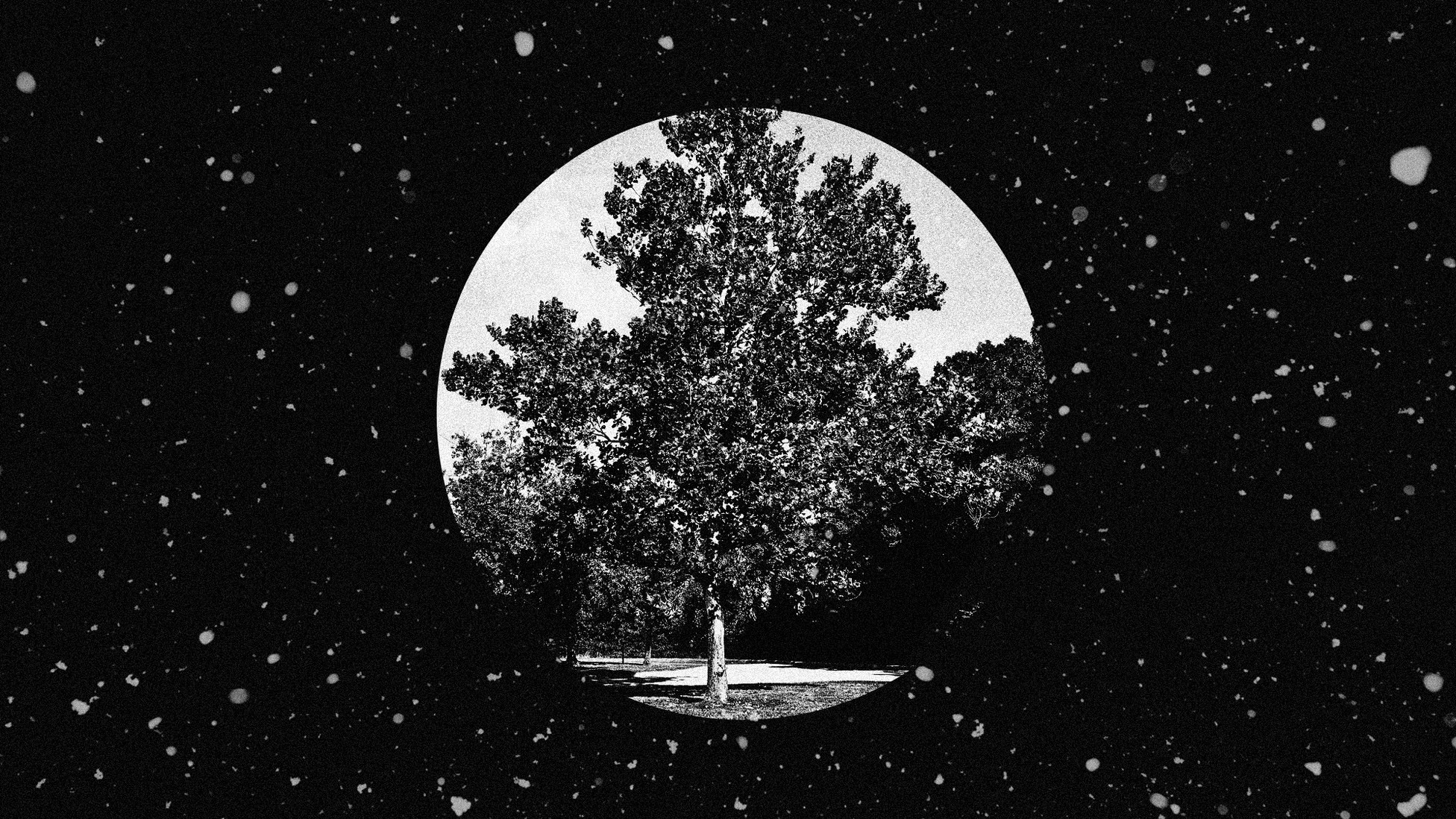 A collection of tree seeds that went round and round the moon was scattered far and wide back home.

The American moon missions, more than 50 years later, are each memorable in their own way. Apollo 11, of course, is known for being the very first time human beings set foot on the moon. Apollo 12, for being a little rowdier. Apollo 13, for nearly ending in disaster. Apollo 14—the third of six moon landings—is known, as I recently discovered, for its “moon trees.”

Stuart Roosa, one of the Apollo 14 astronauts, took a small canvas bag of tree seeds with him on the journey. While his fellow astronauts walked on the lunar surface, Roosa and the seeds flew round and round the moon until the crew was ready to come back. A few years after the astronauts returned home, some of the seeds—sycamores, redwoods, pines, firs, and sweetgums—were planted across the United States, to see how they would grow, or simply to keep a piece of moon history close by.

I learned about the existence of moon trees earlier this month while thinking about the anniversary of Apollo 14, which launched on this day in 1971. (My tired pandemic brain had thought this year was the mission’s 50th anniversary but turns out we’re living in 2022!) I read online that one moon tree, a loblolly pine, had been planted by the White House, within walking distance of my apartment in Washington, D.C. What a great pandemic-appropriate outing for a space reporter, I thought. Then I noticed an asterisk next to the tree’s name, and scrolled down to discover: “An asterisk denotes a tree that is no longer alive.”

That I could find a database of these trees, and go through the experience of identifying and losing the moon tree nearest me in five seconds, is because of Dave Williams, a planetary scientist at NASA’s Goddard Space Flight Center, who 25 years ago took it upon himself to locate as many of them as he could. NASA didn’t keep any records on where the seeds from Apollo 14 ended up, nor did the agency keep up with the trees they became. But Williams does, even though it’s not part of his job description. He is not a tree expert, but he has become, through his efforts, the world’s foremost—and perhaps only—expert on moon trees.

Williams was once just as surprised as I was about the existence of these trees. He discovered them in 1996, through a third-grade teacher in Indiana. Joan Goble and her class had been working on a project about trees near their school, and a student came in one day saying she’d heard that something called a moon tree grew at a nearby Girl Scout camp. When the class went out there, they found an entirely normal-looking sycamore, with a little sign next to it that described the sycamore as a moon tree. Goble’s class wanted to write a thorough report, so the teacher emailed NASA for more information.

No one in Williams’s office in Maryland, not even the folks who had worked at NASA during the Apollo program, had heard of a moon tree. Williams checked with the agency’s history office, which uncovered some newspaper clippings revealing the existence of at least six such trees. From the outside, the moon trees were no different than their Earth-bound brethren. “There’s nothing strange about the moon trees at all,” Williams said. He emailed Goble back with what he’d learned, and then continued to dig.

Williams discovered that the head of the U.S. Forest Service had pitched Roosa, a former smoke jumper who fought forest fires, on the idea. The astronaut took about 500 seeds stuffed in sealed bags inside a metal canister, packed in the small canvas bag that every Apollo astronaut was allowed to fill with whatever they wanted. When the astronauts came back, the sealed bags went through a vacuum chamber—part of the standard decontamination protocol at the time—and accidentally burst, scattering the seeds. Stan Krugman, a geneticist at the forest service, sorted them by hand, then passed them on to a scientist who used some to experiment with germination at NASA’s Johnson Space Center, in Houston. The rest were sent to forestry-science facilities, which doled them out to communities across the country, grateful for a free piece of the Apollo era to spice up their municipal grounds.

The trees, planted mostly in 1976, took root just fine on Earth. Some of the moon seeds were planted next to seeds that had never traveled to space, to see whether they’d develop any differently. The most surprising result, Williams told me, occurred when the two seeds grew into two completely different species—a result of a gardening mixup, of course, not the weird effects of microgravity. NASA didn’t undertake any serious study of the moon trees. The effort was more a PR move, Williams said, than a science experiment.

After Williams wrote back to Goble, he posted an appeal online, asking anyone who came across a moon tree to contact him at NASA. Their story had been forgotten once, and if he didn’t keep track of these trees, who would?

And then people started reaching out, telling Williams that they’d spotted a tree paired with an intriguing plaque on their hike around town, sharing pictures. Over the years, Williams has waited for the moon trees to reveal themselves in this way, through an emailed proof of life. “It really can go for quite a while with getting nothing,” he said. “And then I’ll get a bunch.” As of today, Williams has located about 100 trees. Of those, 30 have died or been cut down. The sycamore that Goble discovered is still there; a storm twisted its top off some years back, but the tree has managed to recover, she told me.

Williams thinks that more undiscovered moon trees are out there. He just heard from a student at Delta State University, in Mississippi, who said they’ve heard rumors about a moon tree somewhere on campus and will try to find it, promising Williams that they’ll report back. Williams has visited quite a few over the years, and even hosted Goble and some of her students in Maryland to show them the sycamore growing near the Goddard center. What’s it like, I asked, seeing a moon tree? Isn’t it kind of anticlimactic, because it doesn’t look any different? Not to them. “I’m just in awe that this seed, the seed it grew from, went to space,” Goble said. “It went to orbit the moon.”

That’s why people see the moon trees as special: They know where those seeds went. Reaching the moon doesn’t take long—Apollo astronauts took just three days to get there—but it’s the moon. People haven’t stepped foot on the lunar surface since 1972, and it’s unclear when the next crew will go. All the trinkets and tchotchkes that the Apollo astronauts took with them in their personal canvas bags are cool for this reason, bestowed with a magical sheen the second they were returned to Earth—space souvenirs. But the seeds that Roosa, who died in 1994, carried feel different from other mementos. They weren’t put in museums or auctioned off. They were buried in the soil of the Earth, the only soil like it in the solar system—in the entire universe, as far as we know. Some might have disappeared, felled by storms or saws, before someone could find them and feel curious enough to ask NASA about them. But the ones that remain are living monuments to the time humankind escaped this world’s gravity and felt that of another.