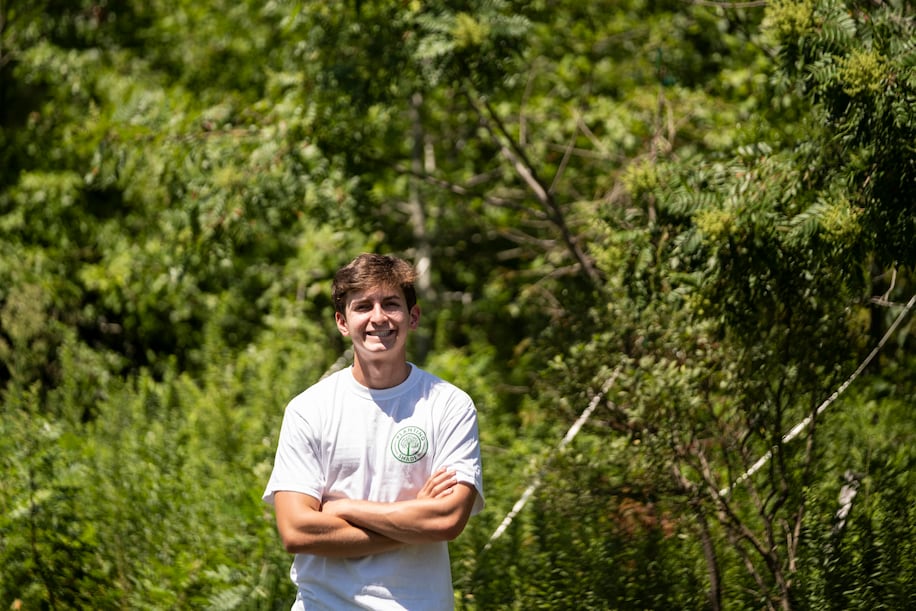 Nied, 18, is the founder of Planting Shade, a nonprofit that has planted about 12,000 trees in the United States and as far away as Costa Rica.

VIRGINIA BEACH, Va. — Editor’s Note: The video attached to this article was from a separate story that aired in July 2022.

Evan Nied’s Instagram biography says he’s “The Literal and Figurative Embodiment of the Lorax,” the title character of Dr. Seuss’ 1971 children’s book who stands up for trees.

It’s a great conversation starter, but also not far from the truth.

Nied, 18, is the founder of Planting Shade, a nonprofit that has planted about 12,000 trees in the United States and as far away as Costa Rica. He’s also an Eagle Scout and the teenager who broke the gender barrier to become the Virginia Beach Neptune Festival’s first prince.

But his most recent accomplishment stems from his Lorax tendencies: He won a national award for his tree-planting work and plans to continue expanding his nonprofit.

Nied kicked off his organization in 2018, when he was a high school freshman. He was inspired by Hurricane Florence, which forced his family to evacuate and made him start questioning how he could make a difference.

RELATED: ‘The whole place would become a swamp’ | Plans underway to restore part of the National Mall

Planting trees is important in flood-prone Virginia Beach. On a recent afternoon, Nied provided a tour of some of the 110 or so trees his group helped plant in the Ashville Park development near Pungo. Those trees could help stem future flooding.

Nied also wants his group to collaborate with educators so that environmental education is open to everyone. As a public school student, he said he didn’t learn much about the ecosystem or environment.

But he did learn, through his experiences as a Virginia Beach high schooler, how to be an effective activist.

The common thread between these different forms of activism is his interest in making the community a better place, he said.

So when his grandmother saw something about a national contest for Jewish teens trying to make a difference, she thought of him. To be eligible, a teen volunteer as a leader for a project that tries to “repair” the world. The award, which comes with a $36,000 prize, is given to 15 U.S. Jewish teenagers every year.

Nied applied and won. He’s not sure what he’ll do with the money, he said, but the funds can only be used for college or the recipient’s organization. And he already has a full ride to the University of Virginia.

He’s receiving his award in San Francisco and attending a retreat with other winners. He’s excited to learn from them.

“Some of them, I’m almost intimidated by how accomplished they are,” he said.

After that, he’ll start his freshman year at U.Va., where he’ll be a Jefferson and Echols scholar. That means he likely won’t have as large a role in Planting Shade. But he said he’s designed the organization so that high schoolers remain at the forefront. His younger sister, Simone, is the vice president of the Virginia Beach chapter.

And Nied plans to continue community service work in Charlottesville and in his career. He’s not sure exactly what he’ll do, but he said he’ll maintain a “continued interest in making whatever community I’m in a better place.”