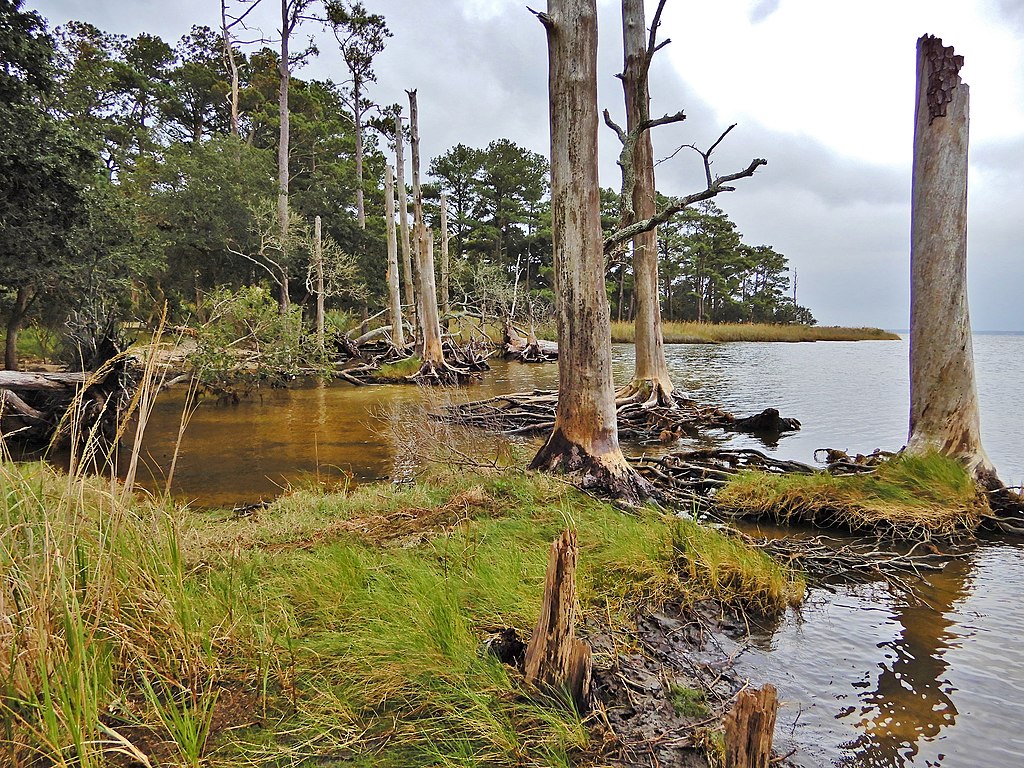 Along the Atlantic coast of the United States, climate-driven sea-level rise is sending salt water increasingly farther inland. The encroaching brine is killing off coastal woodlands in places like North Carolina, leaving behind “ghost forests” of lifeless trees.

When these dead trees—or snags as researchers call them—break wind, they release greenhouse gases, including carbon dioxide, methane and nitrous oxide, according to the paper published last week in the journal Biogeochemistry. While tree farts still pale in comparison to emissions from soil, they increased the total emissions of the ecosystem by around 25 percent, according to a statement.

The researchers say quantifying the carbon emissions of these ghost forests will become even more important in the future as sea-level rise drowns more trees.