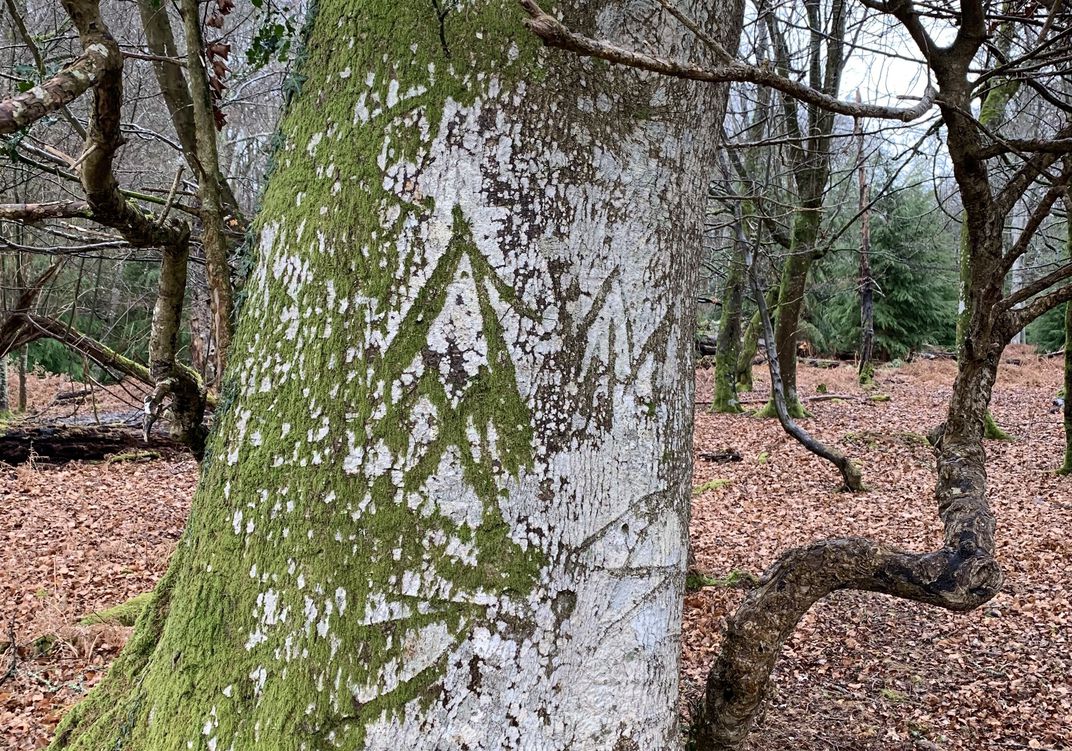 England’s New Forest is home to trees that bear the marks of more than 500 years of human activity. Known as arborglyphs, the etchings range from charms against evil that may have been carved during Shakespeare’s time to much more recent initials and dates.

Visitors from around the world can now explore the glen virtually via a free digital display, including an interactive map showing where specific carvings were found, reports BBC News.

One common type of graffiti seen in the forest is the “King’s Mark,” an arrowhead-shaped symbol used by the Royal Navy to identify beeches and oaks slated for use in shipbuilding. Some of the trees bearing the sign were spared from the ax after Great Britain shifted to using iron and steel for its warships in the early 19th century. Other carvings show eagles, boats, houses and faces.

A number of trees display concentric circles identified as “witches’ marks.” Per Historic England, the signs were probably intended to ward off evil spirits. Researchers have found witches’ marks—which often take the form of double “VV” carvings—at locations all over the country, including caves, barns, churches and inns. Most were made between the 16th and early 19th centuries.