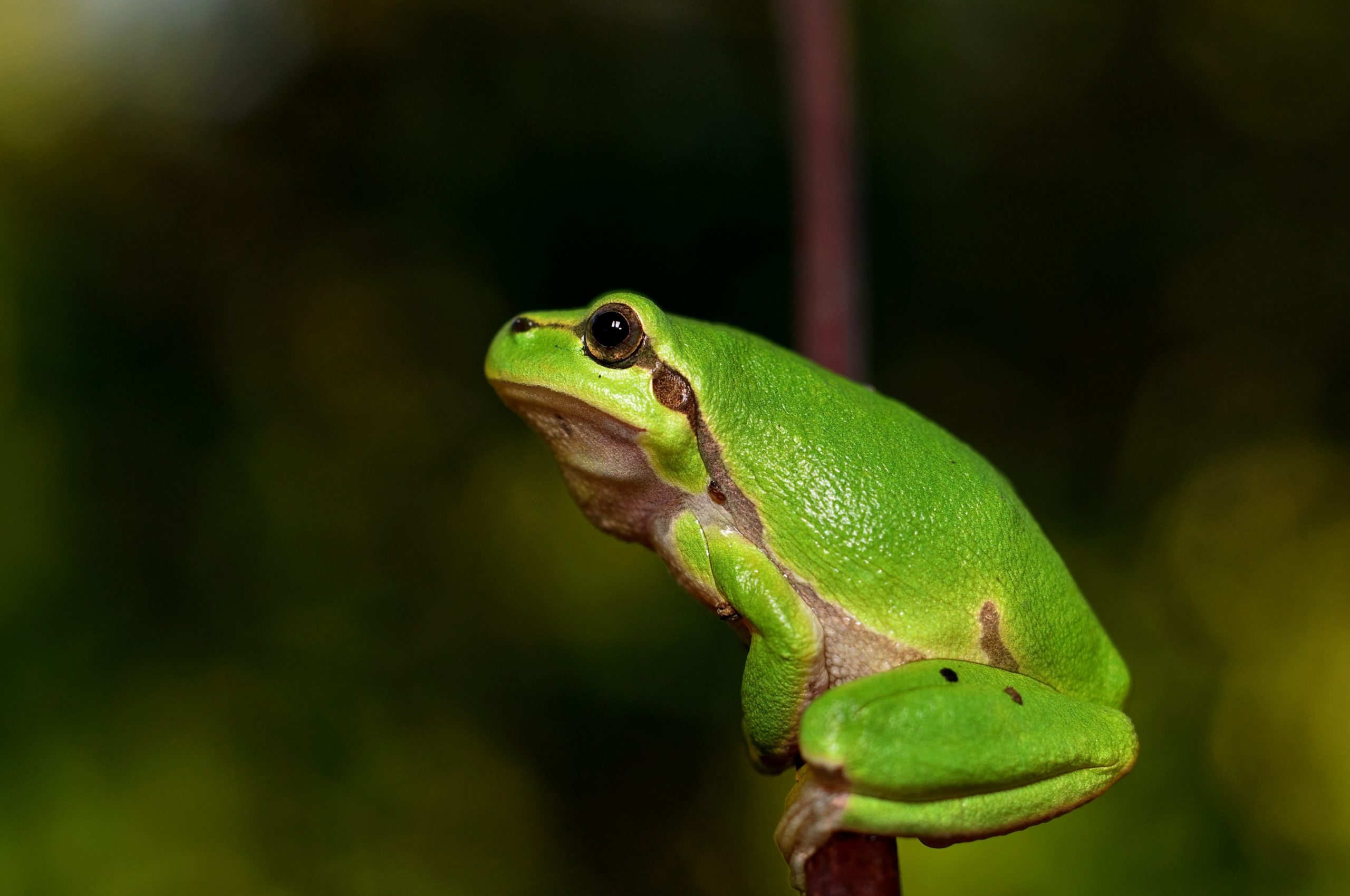 The UK’s toads are climbing trees, but no one is quite sure why.

Some individuals have been found as much as 2.8 metres above the ground, with suggestions they could be avoiding predators or looking for food.

Members of the public are being asked to look out for toads above their heads as the amphibians take up residence in trees across the country.

Despite living most of their life on the ground, more than 50 examples of common toads have been observed living in nest boxes. In some instances, the toads would have had to climb almost three metres from the ground.

The authors of a new paper published in the journal PLoS ONE describing the phenomenon suggest that this could just be the tip of the iceberg, with toads potentially being present in as many as one in 100 trees near ponds and lakes.

Dr Silviu Petrovan, who led the research, says, ‘This is a really exciting finding, and significant for our understanding of the ecology and conservation of common toads, which are one of the most widespread and abundant European amphibians.’

‘We know common toads favour woodlands as foraging and wintering habitat, but it appears their association with trees is much more complex than we had previously thought.’

As scientists seek to understand this unusual behaviour, the charity Froglife has asked for arboreal amphibian sightings to be logged on their Dragon Finder ID app.

How do amphibians live in trees?

Earth is home to over 8,200 species of amphibian, with an average of 150 new species being described every year. The vast majority of these species live their lives between terrestrial and aquatic habitats, with only a tenth making use of trees.

These species, which include frogs, toads and salamanders, have all evolved in similar ways to adapt to an arboreal habitat. Examples include the use of waxy secretions to limit water loss, expanded foot pads to climb more effectively, and eyes that are adapted to focus on fine detail.

The European toad, however, does not share these characteristics. While it inhabits a range of natural and urban environments across Europe and parts of Asia and Africa, treetops are not generally among them.

Two toads had been found in the branches of a Norway spruce in Denmark in 2016, but this was believed to be accidental rather than as part of a wider pattern.

The heavier bodies and shorter limbs of toads make it more difficult to climb than their specialist relatives, but experiments have shown they can climb short distances by using their fingers to hook around and grasp substrates.

Observations from across the UK now reveal that the toads are more capable of climbing than was previously thought.

How common is the toads’ tree-climbing behaviour?

The study made use of data from community science programmes investigating nest boxes, including dormice and bat surveys. The researchers collected all examples of toads being found in the boxes, and their height above ground.

They found 52 instances of toads in nest boxes, with heights ranging from around 60 to 216 centimetres above ground. There were also a few instances of frogs and newts in trees. The most common site where this behaviour was observed was in West Heath, near Basingstoke.

While 50 observations may not seem like many, it is broadly comparable to the species of cavity nesting birds observed using the boxes in these surveys. The scientists suggest that this could mean that making use of nest boxes may be more common than expected.

These figures could be an underestimate of the true scale of the behaviour. If more nest boxes across the country are investigated, rather than those monitored as part of the community science programmes, more arboreal toads could be revealed.

While there are no firm theories at present as to why the amphibians are climbing tree, further investigations may also help reveal why.

One hypothesis is that climbing off the ground may allow the toads to avoid predators or parasites. Nesting in tree cavities may offer the amphibians respite from organisms such as grass snakes and toadflies.

Meanwhile, arboreal salamanders in the USA are known to live alongside tree voles in their nests, which has been attributed to the amphibians feeding themselves on the insect pests that inhabit the nests.

While the exact reasons for this behaviour remain uncertain, they provide a new factor for scientists and foresters to consider when managing woodland.

With the European toad estimated to have declined by 68% in the UK in the past 70 years, retaining trees near lakes and ponds may provide respite for a species that is increasingly under threat.