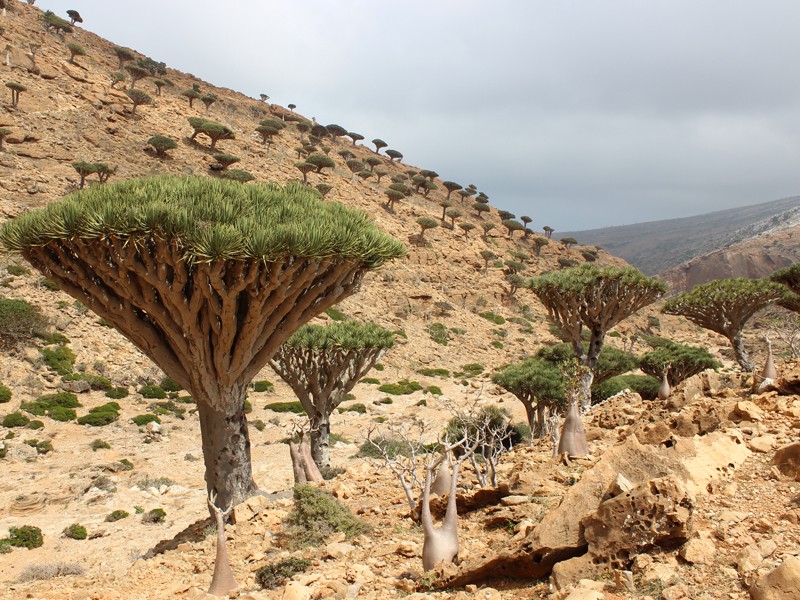 Conservation biologist Kay Van Damme works with locals on the Socotra archipelago to help save ancient trees and colourful invertebrates. 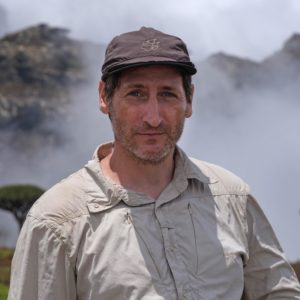 In 1999, Kay Van Damme joined a United Nations-led multidisciplinary expedition to the Socotra archipelago, a Yemeni island group in the Arabian Sea, to explore freshwater ecosystems. Influenced by the area’s rich and unique biodiversity, Van Damme began to run annual expeditions to underground lakes on the main island, Socotra, as well as to its aquatic and terrestrial ecosystems above ground. In 2010, he earned a PhD on the evolutionary relationships of freshwater crustaceans from Ghent University in Belgium. Over the years, with the island facing the environmental challenges of climate change and a civil war that has been under way since 2014, Van Damme started applying his knowledge to conserving endangered aquatic insects and crabs, as well as the remarkable local trees. Now, alongside undertaking fieldwork on Socotra, where he works directly with local communities, Van Damme is a postdoctoral researcher at Ghent and at Mendel University in Brno, Czech Republic.

What’s so special about Socotra?

Socotra’s biodiversity treasures are the result of millions of years of secluded evolution. The archipelago separated from southern Arabia during the Miocene epoch (23 million to 5 million years ago). About 37% of its plant species, 90% of its reptiles and 98% of its land snails don’t exist anywhere else. It is the only Yemeni natural site on the UNESCO World Heritage List, to which it was added in 2008.

Islands are often called living laboratories of evolution. Studying these habitats is important for natural history and biogeography. In addition, understanding how highly vulnerable endemic birds, plants and invertebrates have survived on these islands could help to save species in other places.

How has your fieldwork changed over the years?

Continuous exposure to the amazing nature and Socotra’s islanders have had a strong impact on me. The last forest of umbrella-shaped dragon’s blood trees (Dracaena cinnabari) seems out of this world, a relic of Miocene times, when this vegetation type was more widespread around the world. There’s a strange mix of ancient and recent geological features, ranging from granite mountains to coastal sand dunes and enormous limestone caves, harbouring vulnerable and isolated lifeforms. 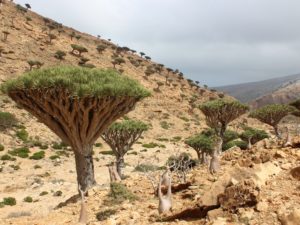 Seeing the uniqueness of Socotra’s biodiversity and its fragility in the face of climate change, I feel my responsibility has grown to include more than exploration and classification. Gradually, my efforts converged on biodiversity conservation, and my fieldwork has become more strategic: doing biodiversity field surveys to assess threats to endemic species. I help Yemen’s environmental protection agency with conservation planning, including establishing and improving protected areas. We do activities in schools and with the Indigenous Soqotri people to ensure that conservation efforts are integrated into the community, while discussing their concerns about their environment and the impacts of climate change.

Which species do you focus on, and why?

As co-principal investigator of a conservation project funded by the Franklinia Foundation in Geneva, Switzerland, I work with colleagues from Socotra, Mendel University and the Sapienza University of Rome on protecting the dragon’s blood trees and ten endemic species of frankincense tree (Boswellia). Meanwhile, I chair a UK-based charity called the Friends of Soqotra, which runs biodiversity-conservation and environmental-awareness projects. Together with local communities in north Socotra, we have replanted mangrove trees (Avicennia marina) that had disappeared decades before. I also focus on a magnificent damselfly, the Socotra bluet (Azuragrion granti), and a colourful freshwater crab (Socotrapotamon socotrensis), which are included in the International Union for Conservation of Nature’s Red List of Threatened Species. 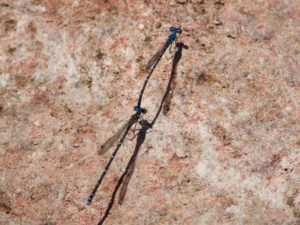 What are the biggest threats to these ecosystems?

Overgrazing by domestic goats, loss of traditional land-management techniques and the effects of climate change. Violent cyclones and droughts in Socotra affect both terrestrial and aquatic ecosystems. For instance, cyclones destroyed considerable proportions of unique woodlands of frankincense and dragon’s blood trees in 2015 and 2018. Likewise, threats to freshwater species include drought; landslides due to vegetation loss; pollution; and invasive species, such as a predatory fish called the Arabian toothcarp (Aphanius dispar).

The most effective solution to these threats is for the local communities to get involved in leading the conservation work on the ground. For every tree felled by weather, scientists should work with locals to replant another.

How have you gained the trust of the local community?

I work with our local team, which continues the fieldwork, and with the Soqotri people, who own the land areas. I have great respect for their immense environmental knowledge. We have long conversations with them during visits, asking what is needed. In Socotra, there is no stronger conservation expertise than that which has been applied for centuries by the Soqotri people. For instance, by understanding the quality of a frankincense tree’s incense and the timing of flowering, they have shown us new hybrid species. Our nursery of young frankincense seedlings is maintained by an older Soqotri woman called Mona, who has traditional knowledge of how to take care of them.

How does the ongoing civil war affect your fieldwork?

In comparison to the mainland, Socotra has remained relatively safe for fieldwork. However, the political landscape of the island is variable and complex. This requires us to be flexible when discussing conservation issues with local decision makers, who are sometimes replaced more than once during a project. 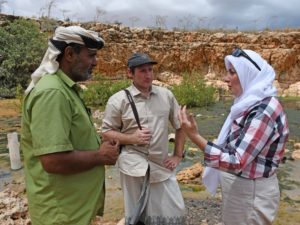 We constantly assess risks and maintain clear communication between research team members and local communities and their leaders about where we are at which moment, and for what purpose. In such circumstances, scientists should know the local terrain and weather conditions extremely well, avoiding unnecessary risks and checking in frequently by mobile phone with their local teams.

Do you have any advice for early-career conservation scientists?

Local community leaders have the power to facilitate fieldwork or obstruct it. And because not all leaders prioritize nature conservation, there are some practical tips for building mutual trust with them to help form long-standing partnerships. Focus on constant communication with leaders, respect their culture and environmental knowledge, and cooperate with them in protecting the interests of local people, especially during natural disasters.

Have you made any non-scientific discoveries about Socotra?

My soul has been touched by Socotra’s people. Their kindness towards others is essential to their culture. They speak an endangered Semitic language that has survived through oral tradition, such as poetry and songs. Soqotri people are excellent orators and communicate using good humour. I brought my parents to Socotra to see what has stolen my heart — they understood.