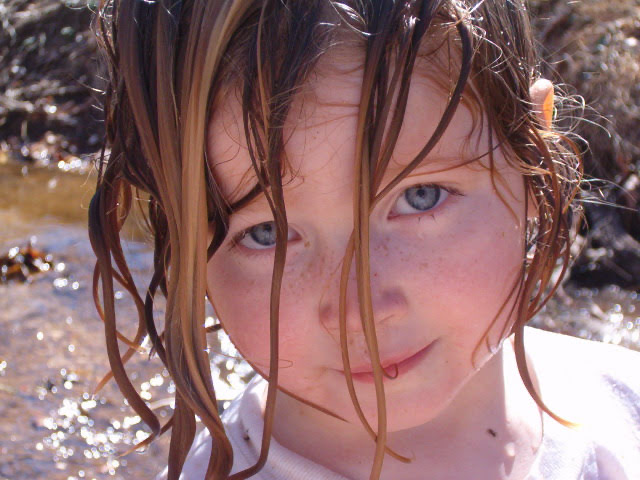 My country has changed a lot in my 52 years and is actively changing as we speak. Am I happy? Sad? No, not exactly either of those. I think mostly I am just intensely interested . . .

Time flies over us, but leaves its shadow behind.  — Nathaniel Hawthorne

Do not waste time, for that’s the stuff life is made of. — Benjamin Franklin

Just like many summer days in Richmond, only this mid-day sun looks me more straight in the eye than did the sun of July. And when I turn my back to the low-angled glare I see a change in the forest. The sycamores along the northern bank are singed, and the green canopy of the higher slopes is splotched with rouge. Spent flakes of forest are sprinkled on the surface of the flow. No, this is no summer day. This is a warm and rare day in early October.

Brooke and I are at one of our favorite James River Places – the gentle, wide-stepped waterfall known as Pony Pasture Rapids. We wade out with our dogs to the first significant channel dropping the water on the bottom step of the falls into the quiet pool banked by Windsor Farms on the north and Willow Oaks on the south. We spread out our things on the back of a beached whale. The massive boulder is lying on the river bed such that a diving flow of water is allowed to crawl under rather than go around. Brooke demonstrates a colorful leaf to me before dropping it into the upstream whirlpool. She watches it swirl and disappear, and then hops over by the high route to meet it again on the downstream side, where I sit with my body half in and half out of the flow, verifying with her the identity of the surfacing arrival, and marveling with her at this magical leaf teleportation. The discovery is worthy of multiple repetitions.

On the wider blue plain beyond the closely-gathered circle of my younger daughter and our two goofy dogs, I shepherd as well a scattered flock of resting clouds, each wooly sheep as content with its current GPS reading as I am.  The only evidence of my proximity to a semi-major East Coast metropolis is the missile-shaped upper stage of the Carillon aimed for launch from a thick crowd of trees at Dogwood Dell a mile or so downriver.

I almost wish I weren’t wise enough to know that in a blink of an eye from this day I will come to this same river on an Indian Summer day and have only the ghosts of my playing children to watch over. Already the image of my older daughter Anna bouncing alongside in innocent play has faded from flesh to shadow, and if I watch Brooke’s 11-year-old shape and mannerisms carefully, I understand that my playful time with her also fades.

Sad? I’m not sure. The mental sore spot of this fore-knowledge is strangely interesting, and I find myself probing it with my thoughts as one might probe a mouth-sore or vacant tooth socket with his tongue. The pain is not alarming, or hard to bear. Only interesting. Interesting because those resting clouds, that bright and optimistic young face under the red hair, that voice of the river singing “Forever, forever, forever . . .” as it tumbles over my feet, these all create such an illusion of permanence. But the reality is change. The colorful leaves floating past me speak of it. The low-angle sun on the back of my neck speaks of it. And even this shadow of thought trailing just behind the present speaks of it. “Change” is the word we humans use to speak of it. Sometimes aggravating, sometimes painful, sometimes welcome, but always, always, interesting. Change. Yes, the reality is that time passes and things change. Sad? No. I refuse to be sad about my one and only reality. Just interested.

Brooke humors me, bears with me, really, in this “melancholy shepherd” role as long as she can before pulling me up to play. She puts one sassy hand on her hip, waves the pointy finger of the other like a windshield wiper, and says what YouTube sensation SweetBrown says in her starring role: “Ain’t nobody got time for that.” Well played, silly little girl, and just like that all the moody contemplation separates from a bright and playful present. We play our all-time favorite river games. We find a nice exposed slab just upstream from a deep pool where Brooke can jump and test her duck wings. We play “Rock-Star,” seeing who can build the highest tower of stacked stones. We uncover 40- million year old secrets by throwing brown river stones against larger rocks to break them open and discover what the crust of earth looked like during some crisis of temperature and pressure in its ancient history. We wonder, we explore, we rock-hop, and we find any possible excuse to break into laughter. We offer our father-daughter counter to contemplation: We play.

Before I know it, and without another thought, it’s time to leave. I don’t know where the time went, but some deep sense or awareness of satisfaction leads me to believe that it went somewhere good. That, if there truly is a “cost” of time levied on our earth experience, these last three hours were time well spent. This unexamined, playful life is worth living, though it may be somehow transparent to the mind’s eye or the writer’s hand. Maybe if Socrates had spent more time at play with his daughter he would never have uttered his famous statement to the contrary.

The dogs drag themselves forward with Brooke and I as we walk the trail back to the parking lot. They will never learn to pace themselves out here. There is just too much dog-joy to be found, and they are afraid to take one second of the experience for granted. They thoughtlessly run, climb, and swim themselves to exhaustion as quickly as exhaustion can be achieved.

Around me on the trail, chlorophyll, the verdant dye of summer, is being drained from the forest with increasing counter-clockwise turns on the spigot. The green shade of bio-business drains away, leaving us a glimpse of how unique and colorful our native species are in their seasonal retirement. They prepare for a new season, for their autumn. They change. The forest even speaks of it.  .  . Change. Change, the inexorable flow of time, and the interesting, slightly painful shadow of thought trailing just behind.