Time for a Change: Replace Bradford Pears with Native Trees 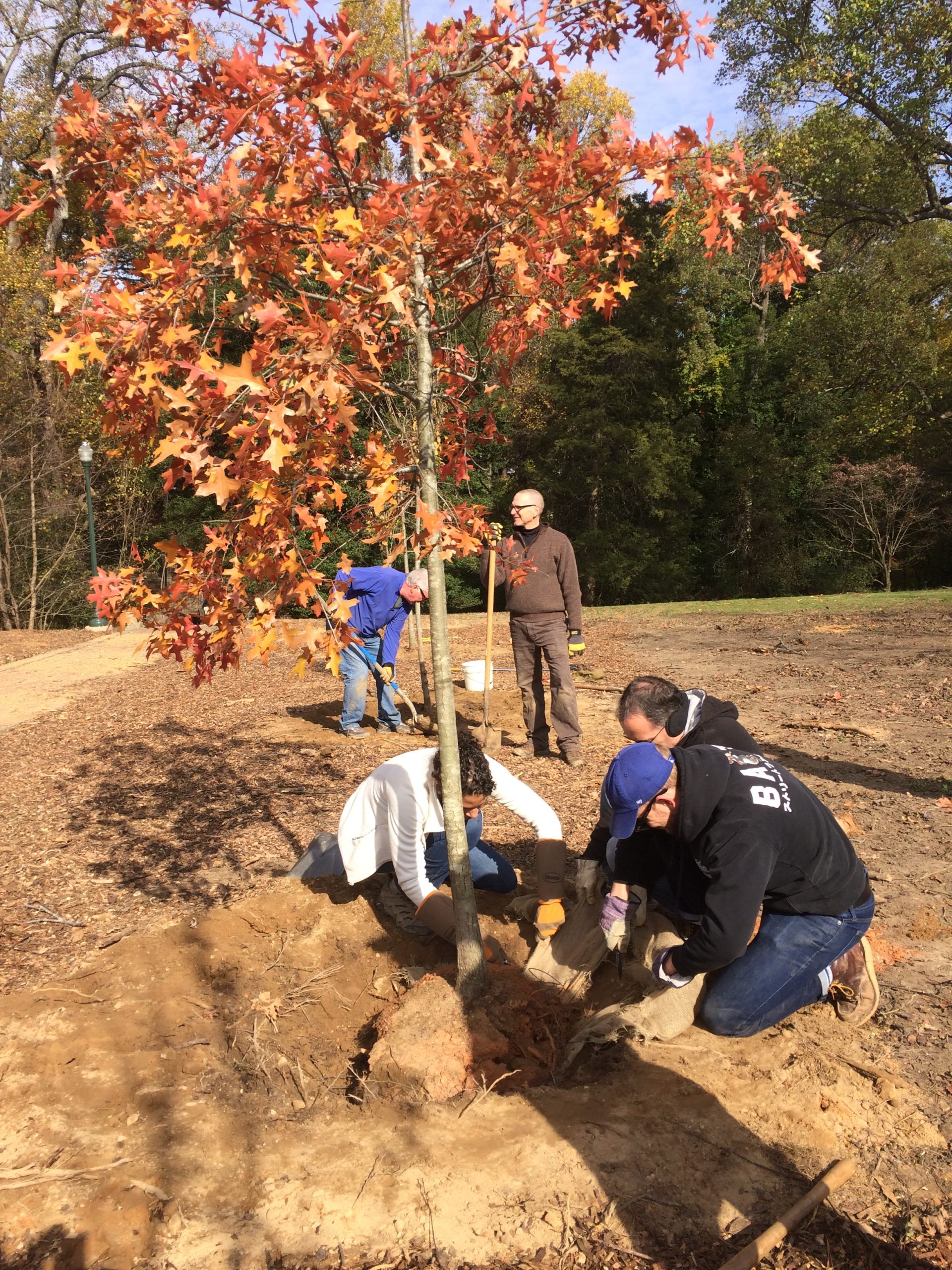 “Invasive plant species are an underappreciated threat to our native plants and wildlife. Bradford pear is one that was introduced intentionally, but has shown to have undesirable traits horticulturally and ecologically. It should be abandoned in favor of native species.”

A tree stump isn’t usually something that pleases me. The exception: the stumps of invasive trees — Tree of Heaven (Ailanthus altissima), Royal Paulownia (Paulownia tomentosa), Mimosa (Albizia julibrissin), Norway Maple (Acer platanoides), and yes, Bradford pear (Pyrus calleryana). These species impoverish our natural areas and do little to enhance the health of our built environment when compared to the native tree species they displace.

Beginning in 1909, the Bradford pear was introduced from its native China and Taiwan as an antidote to the fire blight epidemic in pear fruit trees. The Bradford pear (or Callery pear) — with its uniform shape, medium mature height, ample shade, and abundant blossoms — became a common ornamental presence in yards and parks and along streets throughout the Southeast United States. The tree produces sterile fruit, but by the turn of the 21st-century hybridization with cultivars triggered fertile seed dispersal across the Southern landscape.

Since then the Bradford pear has risen to the top of our least-wanted invasive plant lists. The Virginia Department of Conservation and Recreation’s Natural Heritage program ranks it as having medium invasiveness throughout Virginia. The South Carolina Forestry Commission and Clemson University have partnered to pioneer the “Bradford Pear Bounty Program”, motivating citizens to take down their Bradfords in exchange for native tree replacements.

In mid-March, my last trip down interstate 95 to Richmond before the pandemic lockdown displayed just how much Bradford colonization has advanced; highway edges and open areas by interchanges were dense with a monoculture of blooms that are no signifier of a Virginia spring. I took some comfort in knowing that I’d already been part of a small effort to curb the Bradford pear invasion in a Richmond city park.

The previous November members of Richmond Zen, having successfully applied for a Community Roots grant from Richmond Tree Stewards, partnered with Department of Parks and Recreation staff at Forest Hill Park and the Tree Stewards to replace the avenue of Bradford pears that previously stretched down a hill below The Stone House.

The pear replacements had to conform to the public walkway’s formal setting and purpose—a different set of goals and criteria than when planning for habitat restoration—and species selection had to further take into account the availability of saplings rather than bareroot seedlings (the go-to for habitat restoration projects). The additional goals of adding new species to Forest Hill Park’s inventory and striking a symmetrical balance to the walkway arrived at alternating lines of Valley Forge Elm (Dutch Elm Disease-resistant cultivar of Ulmus americana) and Nuttall Oak (Quercus nuttalli). One more pre-planting task remained: notifying park neighbors and visitors of what was to come and understandably registers as a shock and a loss – chainsaws leaving behind tree stumps, followed by their removal.

On the sharply cold morning of November 9th, Richmond Zen’s sangha members, family, and friends gathered with Richmond Tree Steward Jesse Wright and Forest Hill Park staff. Within a matter of hours, dormant new life was in the ground.

Seven months later, after a cool and rainy May, the time came to tend the new trees through a Richmond summer.  With support from Parks and Recreation, Richmond Zen volunteers are watering the trees on a weekly basis.

Do you have a Bradford pear that you would like to replace, but need help with species selection? Look no further than the Native Plants for Virginia’s Capital Region guide.  Consider Serviceberry species, Sourwood, and Sweetbay Magnolia among others.

For a deeper dive into the downsides of Pyrus calleryana check out this recorded webinar from the Virginia Association of Forest Health Professionals –  Pretty But Pungent: the Curious Case of the Callery Pear.