The World’s Biggest Tree House Resort Is Opening Near This U.S. National Park 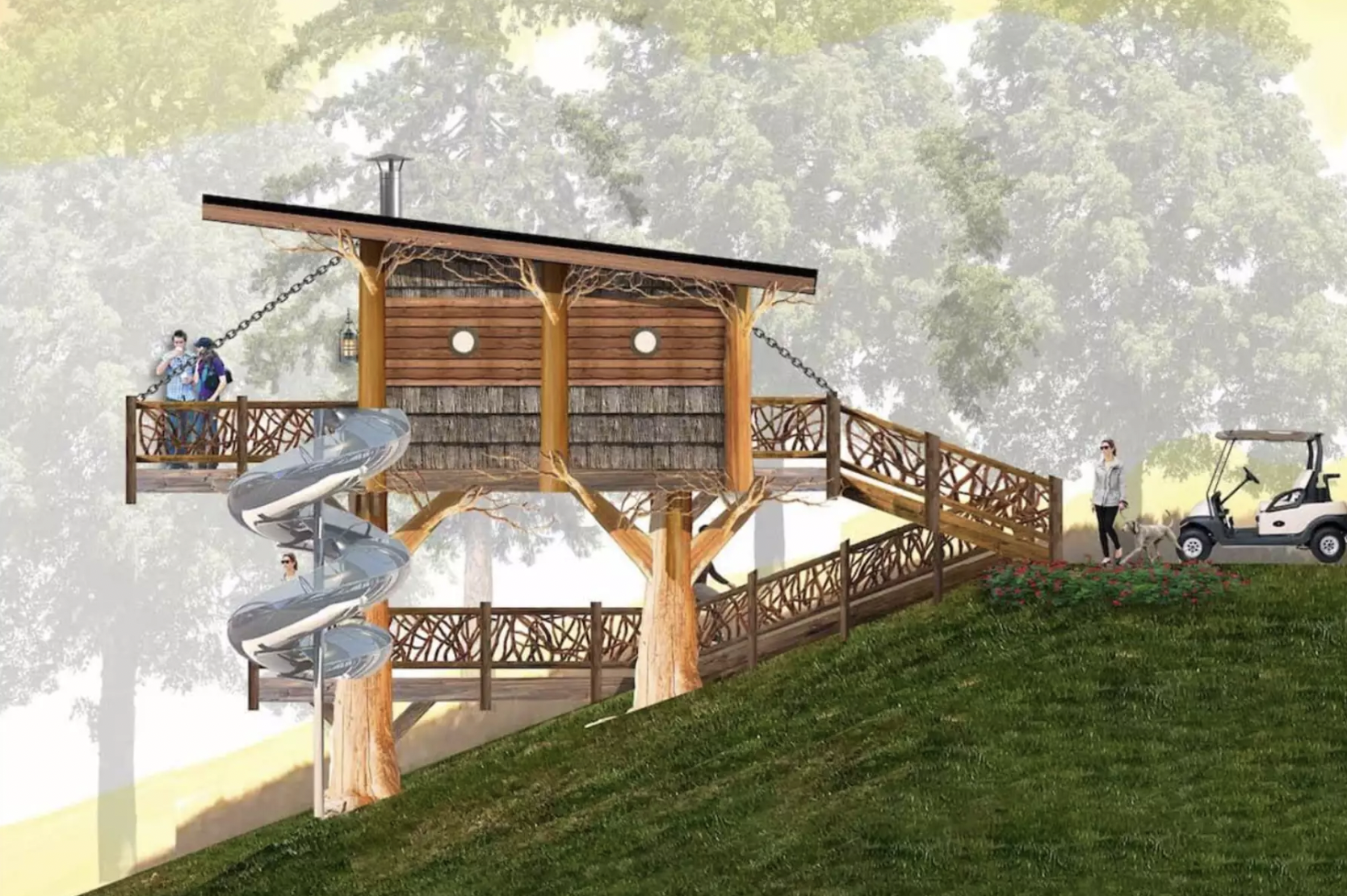 The finished resort will have 130 treehouses on 40 acres in East Tennessee.

When Amanda Jensen’s four kids were younger, her husband Brian built them a treehouse, complete with bunk beds, a trap door, a swing, and a zip line. “After the kids decided they were on to more important things than playing in it, we joked about renting it out because treehouses were becoming ‘a thing,'” she told Travel + Leisure.

But after staying at an impressive treehouse in South Carolina themselves, they’ve turned that thought about their kids’ playhouse into even bigger ambitions. They’ve set out to build what they hope will become the world’s biggest treehouse resort, called Sanctuary Treehouse Resort, in the Smoky Mountains of Tennessee. When it’s completed, it will be the largest in the world with 130 treehouses spread out across 40 acres. Most of the treehouses will be in rows, but a few will be in circular pod formation.

The couple is working with Mountain Modern Architectural firm MossCreek to bring their vision to life. The resort will feature three types of accommodations. The Tree Fort can accommodate two to six guests and will have a king-size bed with a queen-size trundle bed that rolls out underneath and a bunk bed, along with a LED fireplace, kitchenette, whiskey barrel bathroom sink, and shower, plus a deck with Adirondack chairs, a grill, and wood-burning fireplace. But the real design fun comes with the tree house’s spiral slide, climbing rope, bucket pulley, net swing, secret ladder, trapdoor, telescope, and even a custom drink shoot for bottles and cans from the kitchen to the lower porch. For group accommodations, there will also be a Tree Fort Double, which is two of the treehouses connected with a movable drawbridge. Finally, the Luxe accommodation steps everything up a notch with a king-size gel cooling bed, copper clawfoot bathtub, bamboo jet shower, heated bidet toilet system, and outdoor tub.

“It will not be just a place to stay with astounding views, you will be able to interact and play in your treehouse, just as you would a ‘real’ treehouse,” Jensen said of the playful features.

About six to 10 of the treehouses will be available for stays starting this summer, with the rest of the first phase rolling out through the rest of the year. By the end of 2023, there will be about 30 units, as well as a check-in area. The plan is to keep building another 20 to 25 units each year until the resort is complete.

The Jensens, who also run the Gaitlinburg SkyCenter at the top of the Gatlinburg SkyLift, originally had planned just to build a handful of treehouses to rent out on their own property, but once they heard that the 40-acre site was available, they knew they had to expand their plans, especially since other potential buyers were looking to raze the area for apartments and other buildings. “We want to preserve the property as it is and build around the trees and into the existing landscape to respect its beauty and the nature that lives there,” she said of the property they just started construction on this year.

The resort will eventually also have walking trails, a community area, a central hot tub, and a lit enchanted forest for events and gatherings. Also part of the draw is its East Tennessee location, near two 18-hole golf courses and Great Smoky National Park.

“We are cultivating a unique resort like no other anywhere for guests to stay, play, and retreat for a one-of-a-kind experience,” the couple said. “We hope to provide our guests with lasting memories, breathtaking views, and customizable options to leave them with a desire to come back and stay with us year after year.”