Home | Tree News | The Good and Bad of Bark Shedding

The Good and Bad of Bark Shedding 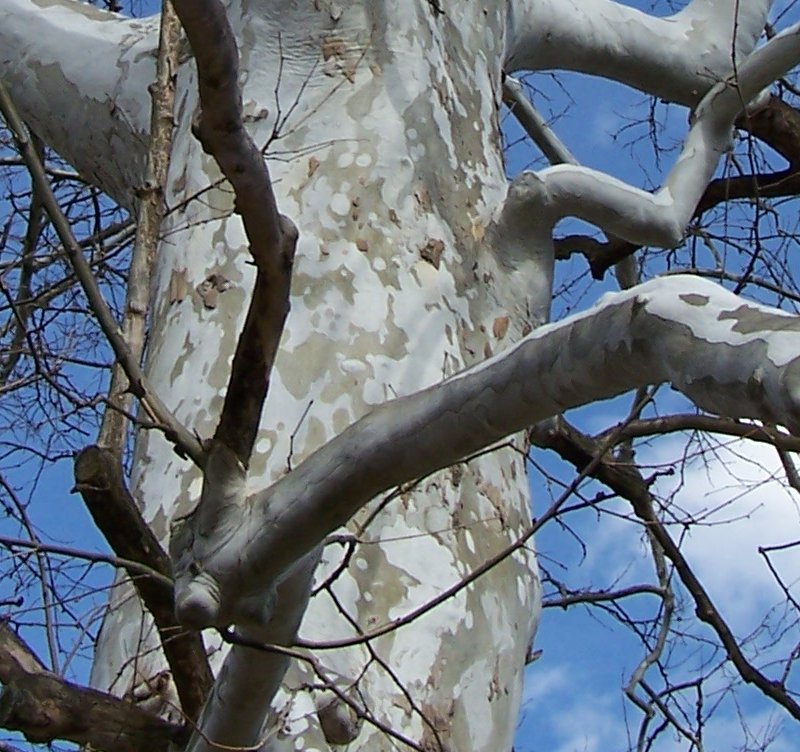 It was several weeks ago that I received a phone call from a colleague in the tree care industry asking me if I had seen a lot of bark coming off of sycamore trees around Richmond, and it sparked the realization that, yes, indeed, I had.

While this is not an unusual thing to see when large amounts of bark begin to fall, alarm and concern are the first reaction from homeowners as many believe falling items must indicate a problem with the health or safety of the tree. In many cases, when bark splits, exfoliates, or simply falls off, it can be a sign of a very healthy and happy tree.  The important thing is to be able to identify when it is a good sign and when it can be a sign of bad things to come.

It was only a few years ago that Richmond had several very wet summers, and many area trees showed their appreciation by growing in a way that we had not seen in quite some time. Not only did their annual growth rings show an increase in growth and wood production, but the thin-barked trees created lasting signs with splits and fissures in the bark along the stems and branches. This can be equated to stretch marks as the trees grew too quickly for their skin and had no other option than to split and create wound tissue to allow for the unexpected growth. Remember, that trees will grow as much as they can in a growing season only limited by their resources which is almost always water in Central Virginia. When bark splits, it can be a very distressing sight but as long as only the bark is splitting without any wood damage or bleeding from the area, it is likely not an issue.

Similarly, many thin bark trees such as sycamores, crape myrtles, and lacebark elms shed sections of their old bark as the tree grows and new bark develops. This usually occurs in mid-summer at the peak of growth creating a bit of a mess around the base of the tree. Luckily the bark is always quite thin — almost papery. Many of these trees are actually planted for this characteristic. The new bark is usually colored differently, so the stems develop a pleasing aesthetic. When this occurs, do resist the urge to help the tree out by pulling the old bark off prematurely. This can expose newly developing bark that is not yet ready to be exposed. Trees with exfoliating bark are a wonderful addition to the home landscape as they often add welcome visual interest during the dormant season.

There are also a lot of trees that begin to shed blocky, thick bark as they develop into maturity leaving behind small and somewhat uncharacteristic bark. This is very common in tulip poplars, flowering dogwoods, and even white oaks to some extent. This is also quite concerning to tree owners as the tree has grown for one way over a very long time and then begins to change in a location, usually around the base of the tree, that does not seem logical. Due to the size and maturity of these trees, it is likely a good option to have an arborist take a look, due to the risk the tree could pose if the bark change is a sign of something a bit more sinister.

When trees lose their bark in what seems to be an extreme amount, when it is occurring in the upper canopy of the tree, or when you can see decay or exposed wood behind the bark, it is usually a sign of damage or decay. These are the situations that would require the need for an arborist to examine and diagnose what may be causing the problem.  Several diseases will cause the death of the cambium directly under the bark of the tree which allows the bark to detach from the tree and come off in chunks. These diseases can kill the tree if left unattended and loose-but-still-attached bark can become a breeding ground for pests. If there is a question about bark loss, it can be a simple as taking a picture of the area, identifying the species of tree, and sharing it with an arborist to determine if it is a cause for concern.