The Fight to Save Poland’s Ancient Forest from Destruction 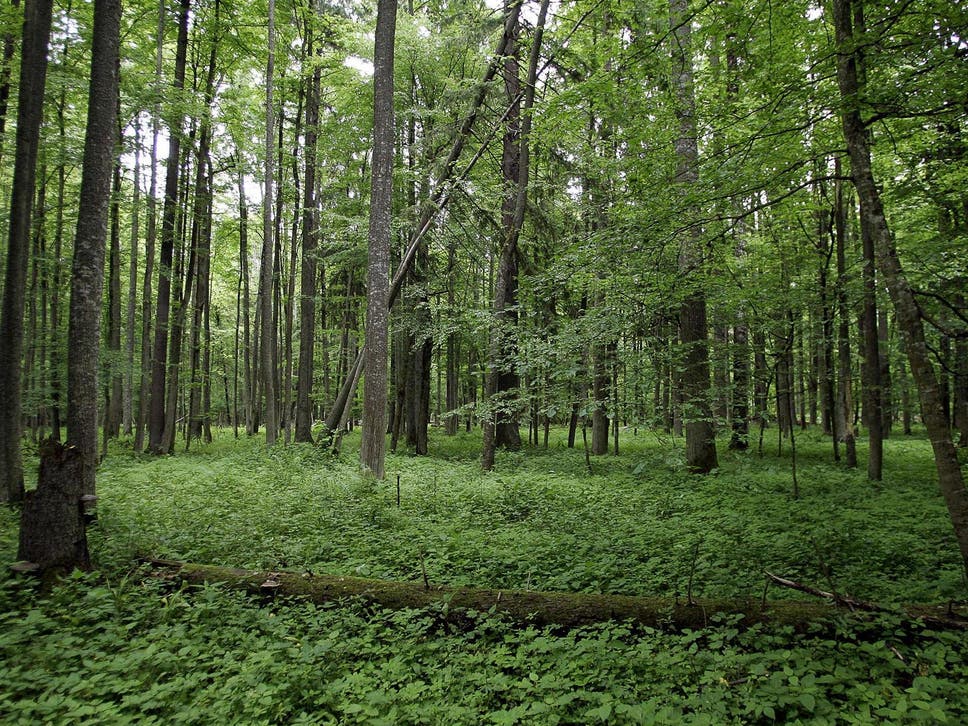 The forest floor is a graveyard, covered with fallen spruce and oak trees. But beneath the broken limbs and rotting leaves, thousands of species of insects are feeding in Bialowieza Forest. Fungi of many types are found only here and sprout year-round. More are discovered every year.

More than 200 species of birds, including rare woodpeckers and owls, fill the air with song.

“There is more life in a dead spruce than a living one,” says Professor Rafal Kowalczyk, the leader of the Mammal Research Institute at the Polish Academy of Sciences, during a tour of the forest – one of Europe’s last remaining primeval forests and part of an ecosystem largely untouched since the last glaciers receded from the continent more than 10,000 years ago.

It has been more than a year since the European Court of Justice ordered an end to logging in the forest, finding that it posed a clear threat to the world heritage site.

The scars, though, are still visible – from the tracks gouged into the earth by the heavy machinery used to cut down thousands of ancient trees to the gaping holes in the canopy created by their removal.