Taking an Unpopular Stance on Line Clearance and Our Trees 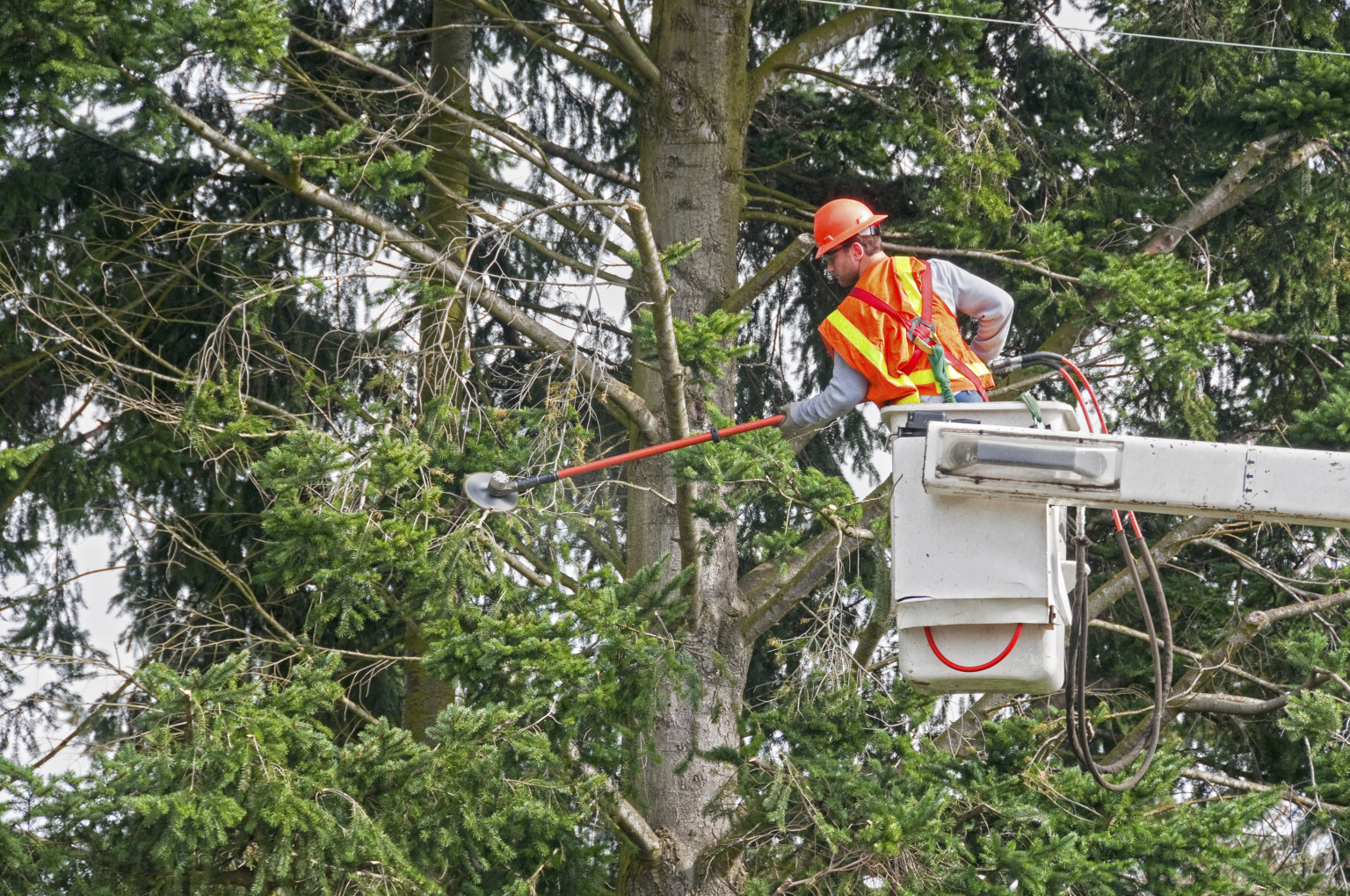 As a nature lover/tree hugger I loath the insult to our industry of bad tree work from self-described “professionals.” We spend so much time educating our communities on the right practices when trying to find balance in loving and caring for our trees while protecting the occupants under them. Because of this, my disdain has often been directed at line clearance workers. Like many, I can’t stand the one-sided, off-balance pruning leftover from the local power line trimmers. A tree couldn’t appear more confounded and abashed than after a line trimmer has descended from its canopy. I’ve met tree-loving clients distressed to the point of tears or in some cases cursing at the guys that climbed their trees. Trust me, I get it. I see their trucks set up in the neighborhoods, and I cringe because I know there’s an array of unsuspecting trees completely unaware of what’s coming. Sometimes I catch my nose in the air when passing them.

But today as a thunderstorm started rolling through, I was doing what I always do and wondering how much damage will come from it, which then made me think of power lines. Often trees are the reason power is out. As arborists (and any tree guy), we get super busy with the storms. And line trimmers and workers get even busier. They might not physically hook the power back up since that’s the lineman’s job, but more often than not for the lineman to get where he needs to go, his tree guys have to clear the way and sometimes in some very rough weather.

Without their regular maintenance we would be without power far more often. Also, trees don’t necessarily have to touch an energized power line to be dangerous. In the right conditions, such as a voltage surge on the line from a nearby lightning strike, electricity can arc from the power line to nearby trees. This electric current can then travel into a home and wreak havoc in the electrical infrastructure causing thousands of dollars in repairs and potentially causing fir. And anyone caught near the tree could be seriously injured or killed.

Many (line trimmers) have started to gain a better understanding of arboriculture and when they can, at least aim for correct pruning. Unfortunately to keep us safe, a lot of the time it just isn’t possible while meeting their objective, and we still feel like we’re left with someone’s cruel attempt at recreating a one-sided cactus.

Anyway, just give it a few more moments of thought before gritting your teeth and preparing for attack when these guys make their way through the easements behind your home. Their job is extremely dangerous and we’re safer because of it.