‘Slime Flux’: Great Name But a Problem for Trees 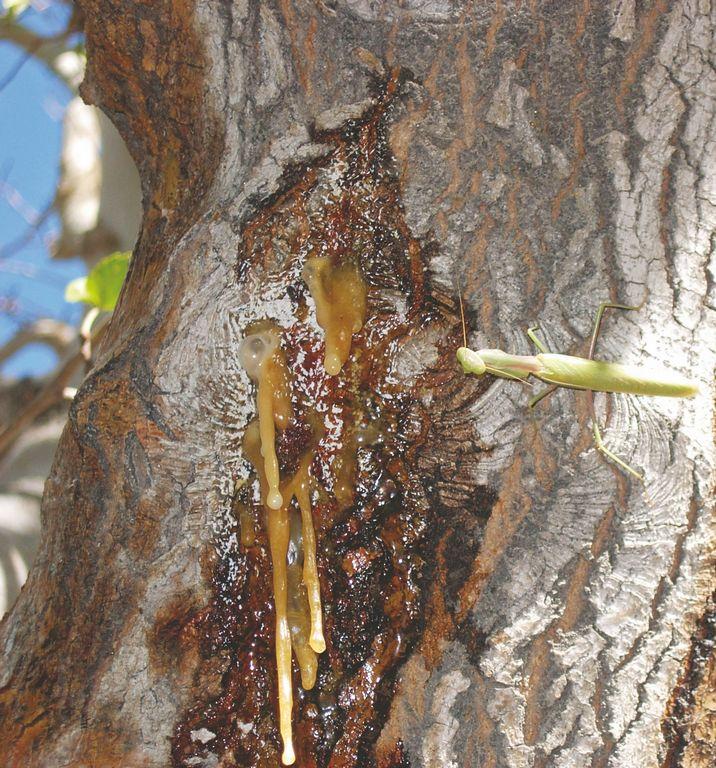 Truetimber’s tree care advisors often get called out to look at a plethora of phenomena related to homeowners’ trees. This spring and summer, it seems like one issue has been the most common: bacterial wetwood.

Bacterial wetwood, also known as “slime flux” (great band name!) is a very common occurrence. In the Richmond area, it’s usually seen in elms, oaks, and maples, although it can make an appearance in other trees. Wetwood is usually brought on by bacteria entering a tree through some sort of wound. Wounds can be anything from a pruning cut to an impact from a vehicle, but, according to the Morton Arboretum, since the “bacteria associated with wetwood are common in soil, root wounds are probably a major point of entry. Infection is usually confined to the inner sapwood and heartwood.”

As the bacteria ferments, it pushes liquid out of the tree, resulting in a wet stain. The build-up of gases fluctuates during the year, with the highest pressure usually found in summer when the bacteria are most active. Often this liquid will have a sour, alcoholic aroma, which attracts different insects to feed. I recently saw a swarm of bald-faced hornets on one patch of wetwood!

So is bacterial wetwood anything to worry about? Yes and no. While the infection can definitely affect a tree’s vigor and overall health, it’s not considered to be a fatal condition. Currently, there are no known methods to completely cure a tree from infection. The best steps to take to prevent and/or manage bacterial wetwood are as follows:

In the past, some arborists would drill a small hole into an infection site and insert a metal tube. This was believed to help release pressure and direct the flow of fluid out of the tree. Today this is not considered a sound practice, potentially causing more harm than anything.