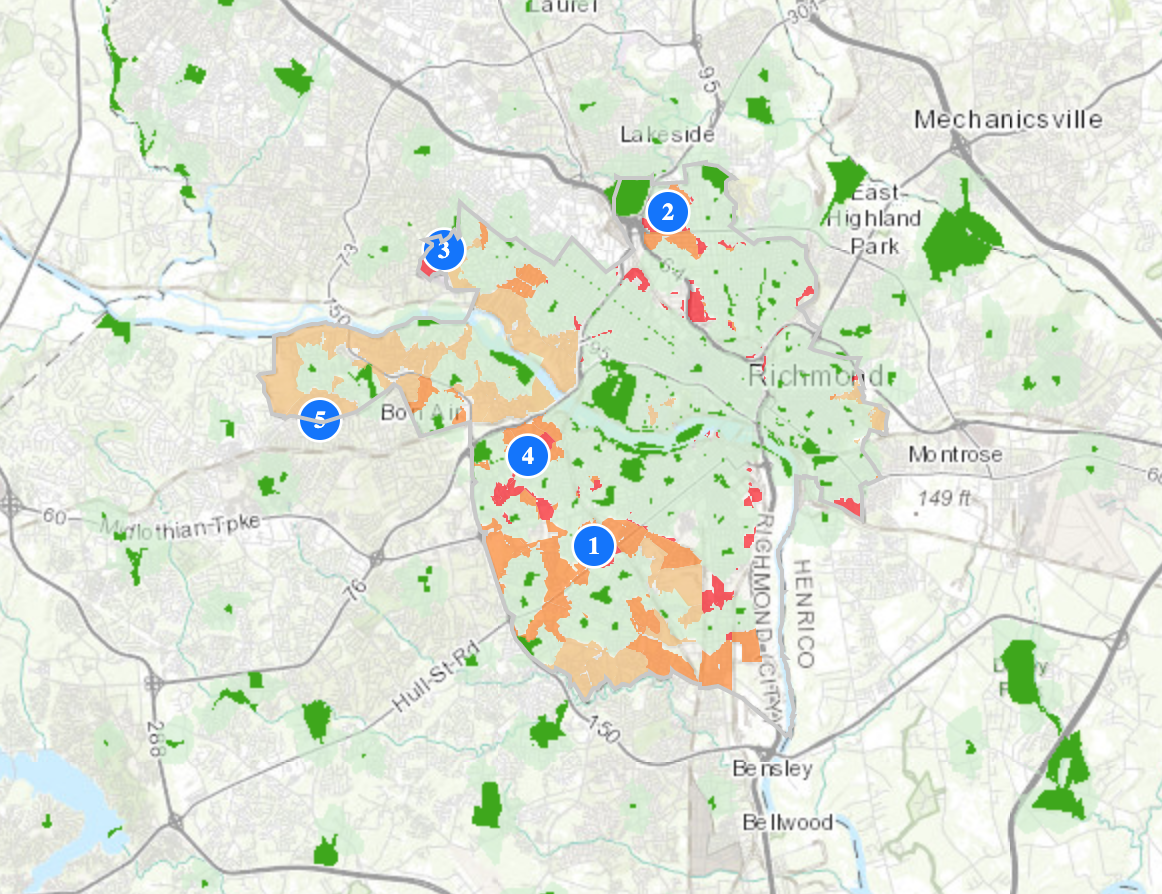 The proposed green spaces will be created using 36 acres of city-owned land. Mayor Levar Stoney made the announcement alongside 8th District Councilwoman Reva Trammell. Along with Councilman Mike Jones, the three plan to introduce an ordinance making the green space designations official later this month.

“We used these tools to identify where [there are] those who are more at risk due to climate change, who live in areas of the city that experience more extreme heat and those without access to a vehicle who may not have the ability to get to a cooler green space to seek relief,” Mullin said.

The city’s next steps after approval from Richmond City Council will be to hold community meetings to see if they want the green spaces turned into parks, trails or community centers. Until that’s done, it’s unclear how much the proposal will cost.

The Trust for Public Land identified several areas in Richmond where park access is limited. According to city officials, Richmond currently uses only six percent of its land for parks and recreation, compared to the nationwide median of 15 percent.