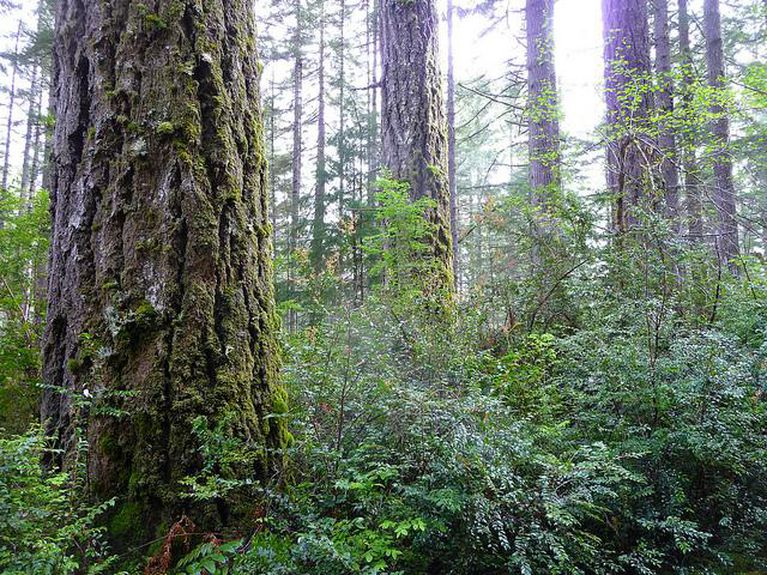 Vote by the State Land Board removes state forestland from its obligation to fund schools, moves toward designating research forest

Oregon is on its way to creating North America’s largest research forest, following Tuesday’s decision by top state officials to separate the Elliott State Forest in southwest Oregon from its obligation to fund schools and designate the land as a place for scientific discovery.

The State Land Board voted unanimously Tuesday to create the 80,000-acre Elliott State Research Forest, signaling an end to a years-long debate over how to manage a state forest in southwest Oregon that was failing to generate revenue for public education.

The board advanced the transition of the Elliott from a traditional state forest to a research site by decoupling the forest from the Common School Fund, which relies on revenue from the sale of timber on state forests, among other resources, to help pay for public education in Oregon.

The Elliott forest will remain in public ownership in collaboration with Oregon State University.

The Elliott provides habitat to dwindling wildlife populations, including salmon, the northern spotted owl and the marbled murrelet. Oregon political leaders have been struggling for decades to find a way for the forest to comply with wildlife protection requirements while continuing to meet a legal obligation to generate revenue for public schools.

“The Elliott will provide a better approach for working forest management, improve conservation protections and, significantly, keep the forest in public hands,” Treasurer Tobias Read said in a statement. “We can be proud that current and future generations of Oregonians will benefit from this valuable natural resource.”

Read was joined by Gov. Kate Brown and Secretary of State Shemia Fagan in approving the final plan.

The use of natural resources to pay for education in Oregon dates back to statehood in 1859. Revenues from logging on certain state lands have historically gone to the Common School Fund. After the land board’s vote to remove the Elliott State Forest acreage, there are about 41,500 acres of land left in the fund. While state income tax and local property tax now serve as major funding sources for education, the requirement to make up for the loss in revenue from timber harvest on the Elliott is significant.

Before the plan to turn the Elliott into a research forest, the land was no longer generating enough revenue to cover the costs of managing it. The state considered selling much of it, but the sale never went through.

Tuesday’s vote was enabled by legislative action that transferred $221 million into the Common School Fund to replace revenue that logging on the Elliott might otherwise have generated.

Bob Sallinger, conservation director for the Portland Audubon Society, was a member of an advisory committee that helped pave the way to converting the Elliott into a research forest. He is also on a new board of directors created by the land board Tuesday to oversee the research forest going forward.

“From a conservation perspective, it’s exciting because much more of the forest will be protected than was historically,” he said. “The Elliott State Forest was used to fund schools, and it was intensively logged for decades in violation of the Endangered Species Act.”

Lawsuits over charges of illegal logging fueled the state’s move to change how the forest is managed. Sallinger said there’s still a lot of work to be done to meet a statutory deadline of July 2023 to finish transforming the Elliott into a research forest that likely won’t be official until January 2024.

Right now, Oregon State University is developing a forest management plan that will need approvals, federal agencies still need to finalize a Habitat Conservation Plan for protecting threatened and endangered species in the forest, and the state will need to approve a financial plan. The board of directors for Oregon State University will also have to grant final approval for the research forest.

Sallinger said there will still be some logging in the forest in the future, but the goal of the logging operations will be to collect research data. There will also be a 34,000-acre preserve that will be the largest stretch of protected forest in the coast range, as well as stronger stream protections. Research in the forest will likely focus on ecologically responsible forestry, managing forests for climate change and improving forest management for threatened and endangered species.

“I think the Elliott will be a hell of a lot better from an ecological perspective than anything we’ve seen before,” he said. “The coast range has just been hammered over the years, so preserving what’s left and improving it is really important.”