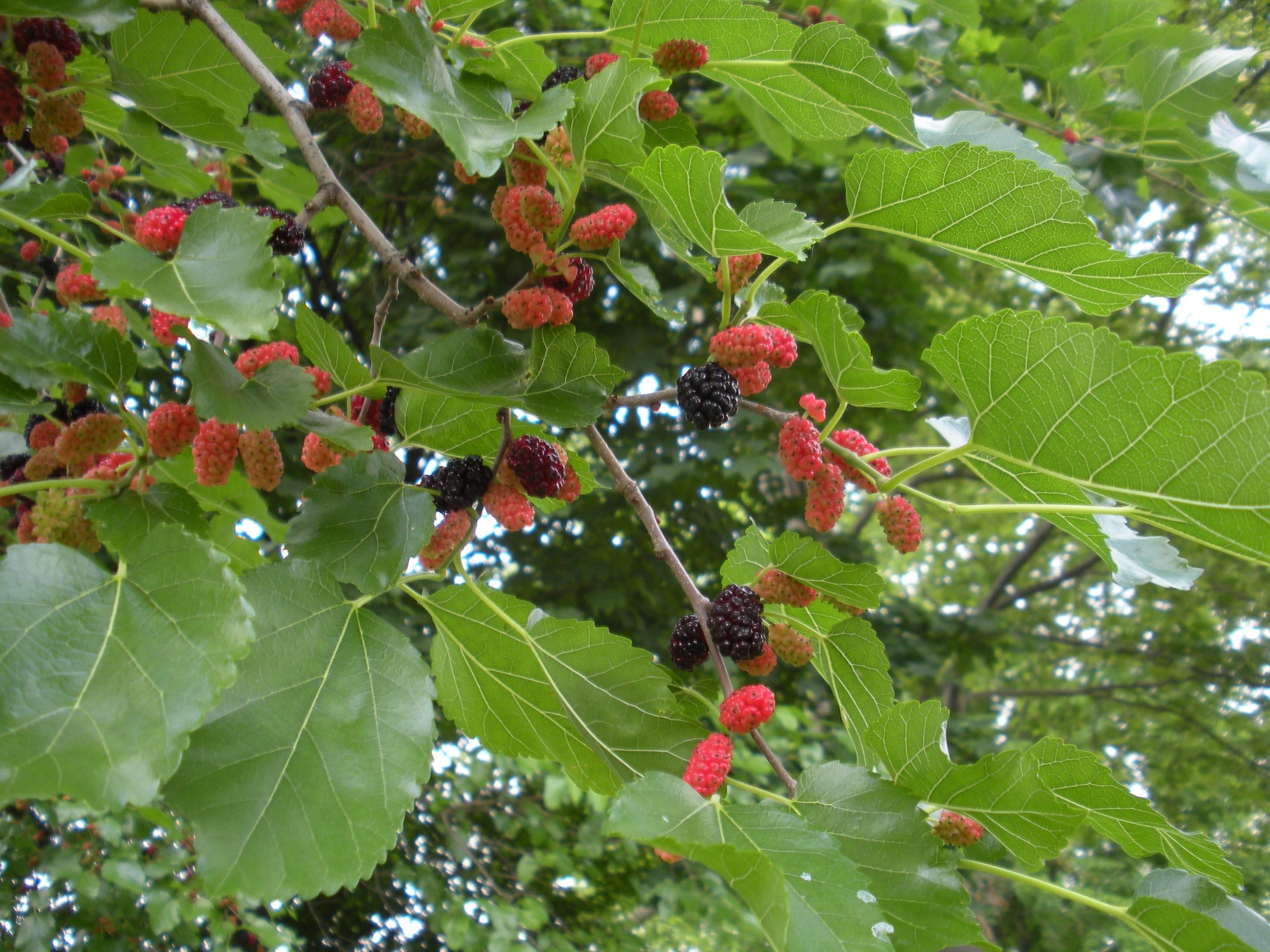 Late spring in Richmond means the arrival of a popular wild fruit: the mulberry. Mulberry trees can be found in nearly every nook and cranny of the city, from back alleys to front yards. Some might not realize that Richmond is home to three different varieties of mulberry, so this article will hopefully serve as a guide for their identification.

The red mulberry is Virginia’s only native variety. It is found as far north as Ontario and as far south as Florida and Texas. Their berries are very sweet, and were a staple food for the Powhatan people before Europeans found them. They are much less common than the other varieties we will cover, but if you find one, be sure to try its fruit!

The white mulberry is native to Asia and was brought to America by European Colonists looking to begin a silk industry (silkworms feed on white mulberry leaves). America did not sustain silkworms, but the white mulberry flourished and is now considered naturalized. Its ability to cross breed with the native red mulberry makes this tree very prolific and common. Its fruit is much more bland than the red mulberry’s. Whenever I hear someone say they dislike mulberry fruit, I typically assume they’ve been eating white mulberry.

Paper Mulberry was introduced to North America in the early 20th century as an ornamental and shade tree. It has since become extremely prolific in the US and is often considered invasive. Its fast growth and shallow root system make it more susceptible to structural issues. It does not produce fruit, but in Asia, the wood is traditionally used for paper.

As with any wild food, make sure you know what you’re looking for before consuming it. Luckily, mulberries are usually an easily recognizable tree!