Maymont has replaced a once prominent more than 100-year-old tree after it fell to its demise in 2020.

Maymont made the announcement of the 150-year-old tulip poplar’s replacement on Facebook at the end of December. Maymont said since the tree was so beloved, having been used in weddings, and as a community focus, the organization wanted to replace it with a tree just as impressive.

That special tree was found at Grelen Nursery, in Orange County. 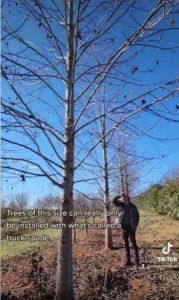 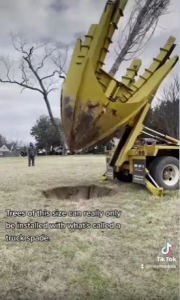 The chosen tulip poplar was brought back to Maymont and installed using a truck spade, a massive hydraulically operated shovel that uses several different prongs to pierce the soil around the tree.

The new tree will reportedly require several hundreds of gallons of water each week to keep it alive. Maintenance of Maymont’s arboretum is taken care of by Truetimber Arborists.