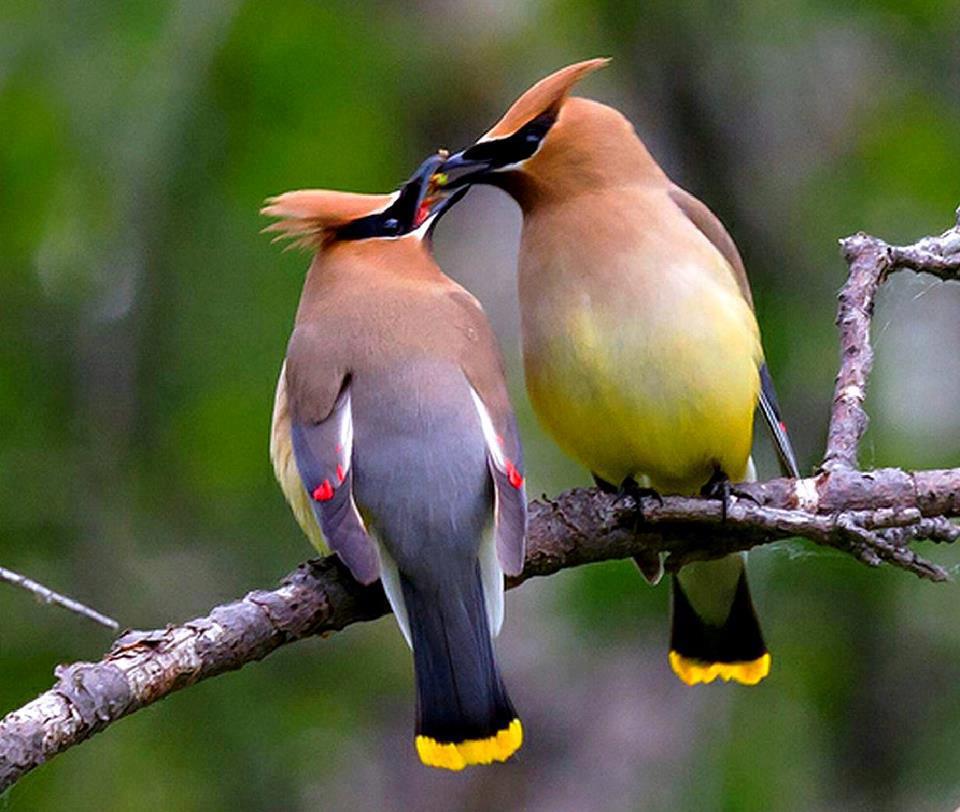 Have you ever seen a Cedar Waxwing? This year-round avian resident of Virginia is one of our most striking backyard birds. Seal-sleek, mysteriously masked, and with yellow and red accents brilliant as fresh paint, it is a startling sight for bird watchers more accustomed to nuthatches and chickadees.

In the nine years I’ve lived just south of the James near the park system, I’ve seen just two Cedar Waxwings in my yard. Both were dead, less than a hundred yards from a neighboring large expanse of invasive Nandina (or Heavenly Bamboo) loaded with berries. In a criminal case, this would be circumstantial evidence, and as science, it’s merely anecdotal. But the loss of those gorgeous birds focused my attention on an invasive plant species that previously hadn’t stood out in the crowded invasives field. I soon learned that Cedar Waxwings have a habit of gorging themselves on the toxic Nandina berries.

Nandina domestica, native to Asia, was first introduced to this country as an ornamental in the 1800s and became a popular landscaping choice throughout the southeast where it has since begun invading forests from North Carolina to Texas. Its berries contain cyanide and other alkaloids that produce hydrogen cyanide, albeit at a low toxicity. Though not yet listed as invasive in Virginia, it does escape cultivation here, including into the James River Park System. But if you would like to see your Cedar Waxwings with life left in their bodies, that’s reason enough to make Nandina a priority for removal, even if you just start with the berries.

This is because Cedar Waxwings tend toward what I politely will term “particular feeding habits.” That is, they are prone to over-eating. They will stuff themselves until they just can’t fit in one more berry. Nandina’s low-toxicity berries thus deliver deadly doses in large serving sizes, particularly in late winter and early spring when more preferable food sources are scarce. There are no documented avian deaths directly linked to Nandina consumption except with Cedar Waxwings. The most well-known case occurred in Georgia in April of 2009 when Tifton Veterinary Diagnostic and Investigational Laboratory conducted a post-mortem on five individuals of many waxwings found dead in a residential yard.

Nandina is ubiquitous in Richmond neighborhoods both north and south of the river, whether as unruly volunteers along alleyways or as carefully manicured hedges.  If you decide to curb the spread of Nandina, here is what you should know:

For more information on control recommendations, check out Heavenly Bamboo Control or this summary from the University of Florida.

Replace Nandina in Your Landscape with Natives Shrubs and Trees

If fondness for Nandina’s bright evergreen foliage and holiday-decoration ready berries is making you wring your hands with reluctance, consider the many native berry-producing shrub and tree species that would be far more at home in your Richmond yard and support our indigenous songbird species, including Cedar Waxwings. Trees and shrubs native to our area include:  American Holly, Eastern Redcedar, Common Hackberry, Serviceberry, multiple Viburnum species, Spicebush, Winterberry, and American Beauty-berry.

You can find all these species in our local native plant guide, Native Plants for Virginia’s Capital Region, available for download or order here.

For inspiration and motivation, one more photo of a splendid Cedar Waxwing . . .