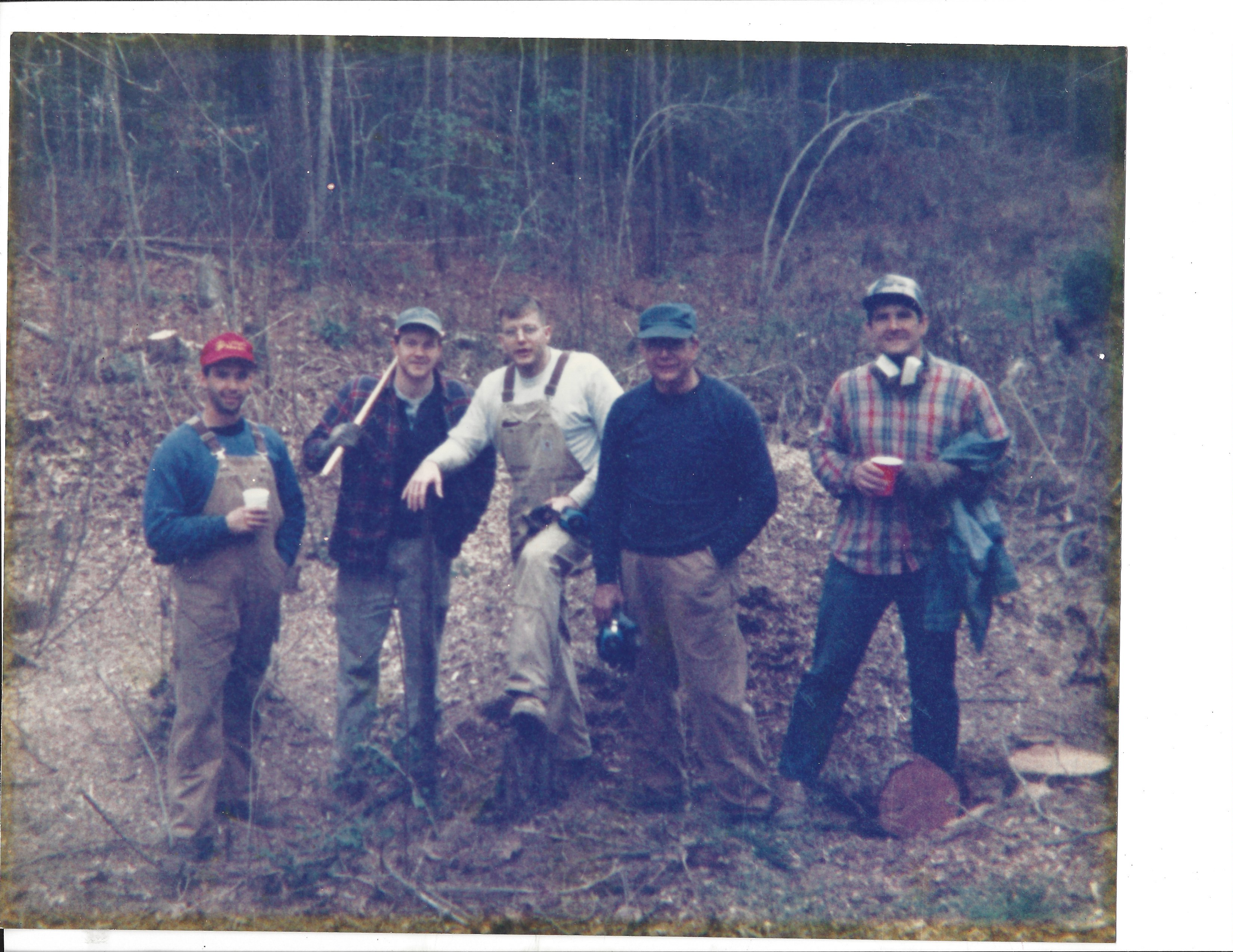 The conditions we have all been going through in 2020, and the fact that Urban Forestdweller was started in part to honor trees of character,  inspired me to dust off this old blog.  I wonder what type of character we are building as a society in these challenging times?

In a lot of ways it was a pretty crappy summer job. I dragged branches, picked up and loaded heavy pieces of tree trunk, hustled and sweated, and finally used the last drops in the tank to drag myself home dog-tired. And that was on a routine day. On more noteworthy days I was wounded in the flesh, attacked by beast, reptile, or stinging insect, or poisoned by ivy. “It’s good for you,” my boss would say when the going got tough. And then, smiling knowingly as though he were repeating some inside joke, he would add “It builds character.”

I didn’t really understand the smile, and his language often struggled to leap over the chasm separating 55-year earth veteran from 17-year earth punk. Even so, there was something special in this old man that attracted me. I liked the stiffness of his stance, I suppose, and the way his animation increased in proportion with the severity of a frontal assault. I liked the way he talked to his tough-as-nails old buddies we either worked with or encountered in the old dives he would take us to for lunch. Places like the “Cozy Corner” on the south side, and “Rose Maries Inn” on the north. I would eat plates of meat, bread, and vegetable straight from my grandmother’s kitchen while my boss chatted loosely with every cook, waitress and patron as though he had known them all forever.

This Korean War veteran didn’t smoke. He didn’t drink. He didn’t even cuss. He worked, he went to church, he worked some more, and he hunted. I think what I liked most about my teenage summer job was the way it felt to be standing beside this human-shaped force of nature after an episode of tree work perseverance. Whether we had been assaulted by weather, work condition, flora, or fauna, when I was still standing with him afterword I was always tougher. Always stronger. Physical fatigue walked hand in hand with quiet pride in that special, age-old marriage of satiated body with satiated spirit. No, I suppose it wasn’t really a bad summer job. I worked, after all, for a man of character.

Just as this man’s character was being built each time his spirit and will to succeed interacted with a challenging environment, so too the character of any given tree is built according to the weather and micro-environment of its own experience. Two trees of the same species will develop different character if one lives in the sheltered urban forest of Richmond, while the others grows, let’s say, at the edge of the Atlantic Ocean.

That’s where I found myself trying to identify a tree over the July 4th weekend. The compound leaves looked very familiar to me, and the orange tinge of the fissured bark suggested that I was meeting a Prunus serotina, or a wild black cherry. But the trees of this species I know in Richmond, including the one in my front yard, grow long and slender. This tree in the back yard of our vacation house was short, squat, gnarly, and almost looked to be imitating the shape of the live oak trees that are very common in the neighborhoods along the Virginia Beach strip.

In certain cases, the best way to get to know the tree you’re with is to move beyond visual inspection to a more intimate, and sometimes even a more canine introduction. I broke a twig and inhaled the acrid hydrocyanic smell that singles out the wild black cherry — also known as the whiskey cherry — from any other tree I have ever sniffed. Yes, wider than it is tall, this crusty old salt of a wild cherry with its roots in the sand has the same genetic makeup as that prissy, tall flower girl standing in the rich, black earth of my front yard.

Though the building materials are the same, the shape and character are molded by the environment. The oceanside tree sticks its face into the wind much more often than does the forest tree, and the sandy beach offers far less in the way of foothold than does the rocky soil where my tree lives.  Even while my elegant wild cherry was enjoying a peaceful, gently swaying 4th of July weekend, the Va. Beach swashbuckler was squatting and bracing to fend off the fierce attack of Hurricane Arthur blowing in from the south.  When the storm had passed, the tree was still there. Tougher. Stronger. Tired and proud. Now an even more interesting character on earth.

Summers can be tough on young girls, too. There are bee stings, hard practices, hard chores, bumps and scratches, mean moms and dads. On this day the 12-year earth novitiate Brooke is upset and discouraged by the heat. “Its good for you . . . ,” says the 46 year earth veteran, and then we both smile at the inside joke as Brooke finishes the sentence I’ve been handing down to her since her earliest earth hardships — “. . . It builds character.”