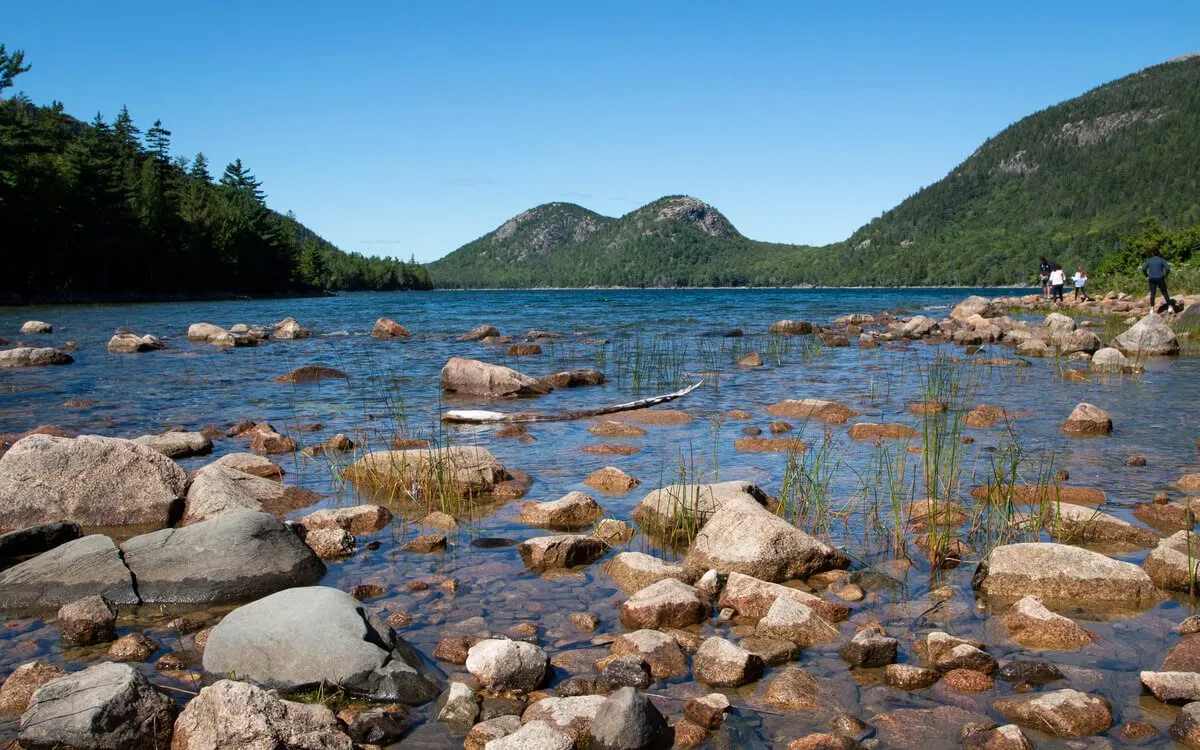 An invasive insect that has been devastating stands of eastern hemlock trees along the East Coast has been found in the park near Jordan Pond in Acadia National Park.

Hemlock woolly adelgid, a tiny insect that eats the sap of eastern hemlock trees, has been spreading north toward Maine after first being detected in Richmond, Virginia, decades ago.

Now, the insect has been found among eastern hemlock trees on either side of Jordan Stream, which runs south from Jordan Pond to Little Long Pond and then drains into the ocean at Bracy Cove. The affected trees are spread among roughly 40 acres of woods that are split by the water, Acadia natural resources specialist Jesse Wheeler told the park’s citizen advisory panel on Monday. 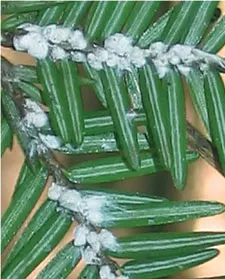 “We found it in July of this year,” Wheeler said. “We knew it was coming.”

Wheeler said the invasive insect, which is originally from Japan, was found elsewhere on Mount Desert Island in 2020. The insect weakens and often kills the affected trees, where little spots of what looks like white wool gives the insects’ presence away.

The insect also has been found on eastern hemlocks in about a 2-acre area of woods near Amphitheater Bridge on the park’s carriage road network, on the western side of Jordan Ridge from Jordan Pond.

Wheeler said the park has been trying to mitigate the spread by clipping branches on infected trees so that passing animals or people don’t brush up against them and then unknowingly transfer the tiny insects to other trees.

But the insect also can move from one tree to another simply by blowing across on the breeze, he added.

The park also is looking at possibly using targeted pesticides “in a couple of years” if the problem persists, he told the panel.

Changes to the types of vegetation found in Acadia National Park — such as when birch and aspen trees became more prominent in the wake of the Great Fire of 1947 that burned 17,000 acres on MDI — are not unprecedented. Climate change already has been affecting plants in the park and elsewhere in Maine, but the park has long sought to try to prevent the spread of invasive species within its boundaries, whether they are plants or insects or something else.

Wheeler said that as climate change makes Maine winters less and less cold, the spread of the adelgids will become more prominent, because more will survive milder temperatures. The park’s strategy will be to contain the insect, rather than eliminate it altogether, which means the park may have to prioritize where it implements its eastern hemlock defenses and where it decides to let the trees die off and be replaced by other tree species, he said.

“It will be more difficult to control the spread,” Wheeler said. “We need to prioritize because we won’t save all the hemlock.”

Nick Fisichelli, director of the Schoodic Institute in Acadia, told the panel that he worked at Shenandoah National Park in Virginia in the early 2000s. While he was there, eastern hemlock trees that had been infested with the adelgid were unable to to survive an ensuing drought, and 90 percent of them died, he said.