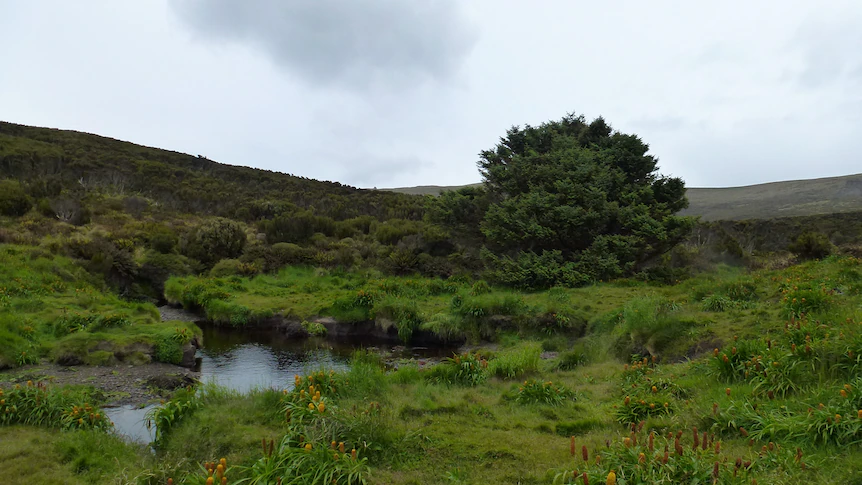 On a remote and windswept island some 700km south of New Zealand, grows the world’s loneliest tree.

Sitting in the middle of the permanently uninhabited subantarctic Campbell Island, the nine-metre-tall Sitka spruce is 250 kilometres away from its closest companion. In fact, it is the only tree on the island.

The 100-year-old pine has been recognised by the Guinness World Records as the “most remote tree in the world”.

However, technically, this lonely tree should not be here.

In search of CO2 history 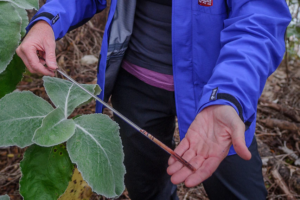 The world’s loneliest tree has long attracted attention online for its story of survival.

However, the tree caught the eyes of climate scientist Jocelyn Turnbull for another reason.

Dr Turnbull and her team specialise in radiocarbon measurement to investigate the source of fossil fuel CO2 emissions over the Southern Ocean to understand its role as a carbon sink.

Dr Turnbull said the Southern Ocean is the most important place to analyse the exchange of carbon dioxide because of the westerly winds and the lack of land to slow down the wind. 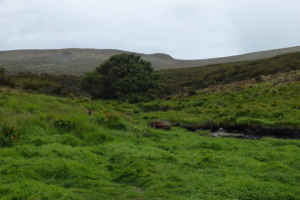 “That windiness drives this huge overturning of the water, brings up deep water to the surface and mixes, which allows the ocean to take up more carbon than other areas in the ocean that aren’t as dynamic,” she said.

The Southern Ocean takes up about 10 per cent of all the CO2 that we’ve emitted since the Industrial Revolution.

However, Dr Turnbull says, there have been questions about whether the amount the ocean is absorbing might be changing.

“We really want to understand, because that tells us what the future will hold,” she says.

So, where does world’s loneliest tree come in?

To reach a conclusion, Dr Turnbull needs to compare historic and current measurements of radiocarbon and carbon dioxide in the atmosphere around the Southern Ocean.

“We did not collect samples in the Southern Ocean 30 years ago, and you can’t go back and sample the air that was there 30 years because it’s not there anymore,” she explains.

As it turns out, tree rings can give you this record.

“Every year, you have a ring you can distinguish and you can slice those rings out and measure the radiocarbon in them, and then we can get this story back in time of what’s been happening with how the Southern Ocean has been changing,” Dr Turnbull says.

But why this tree?

Dr Turnbull and her team needed to get as far into the Southern Ocean as they possibly could without running out of things to measure.

“You can pretty quickly look at a world map and find out there’s not a whole lot of land,” she said.

At 52 degrees south latitude, it was the lowest the team could go where there was a living tree.

With slim pickings, the team took a punt on Campbell Island — and this lonely tree.

A story of survival

Dr Turnbull’s shining star is believed to have been planted on the remote island in around 1907 by the then-governor-general of New Zealand, Lord Ranfurly.

Many believe the tree has survived for so long due to the practically “untouched” nature of the island.

“You are literally tripping over penguins, you have albatrosses flying up to have a look at you. Compared to anything else you can think of, they are untouched,” Dr Turnbull says. 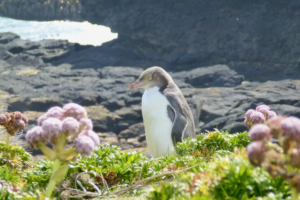 Before the Sitka spruce, the Tree of Ténéré held the honour of being crowned the loneliest tree in the world.

The only tree for 400 kilometres in Niger’s Sahara Desert, this single acacia served as a vital navigational landmark and a reminder of resilience amid a harsh climate.

However, in 1973 a Libyan truck driver ran into the tree while he was following an old caravan route.

The dead tree was put on display in the Niger National Museum.

So, is the tree lonely?

While there is heated debate among botanists and scientists over the future of the spruce, Dr Turnbull believes its existence has benefited people far beyond her research — providing companionship to those most lonely.

“I’ve even heard that when people were living there on research exhibitions, supposedly they would go and take the top out of this tree and use it for a Christmas tree.”