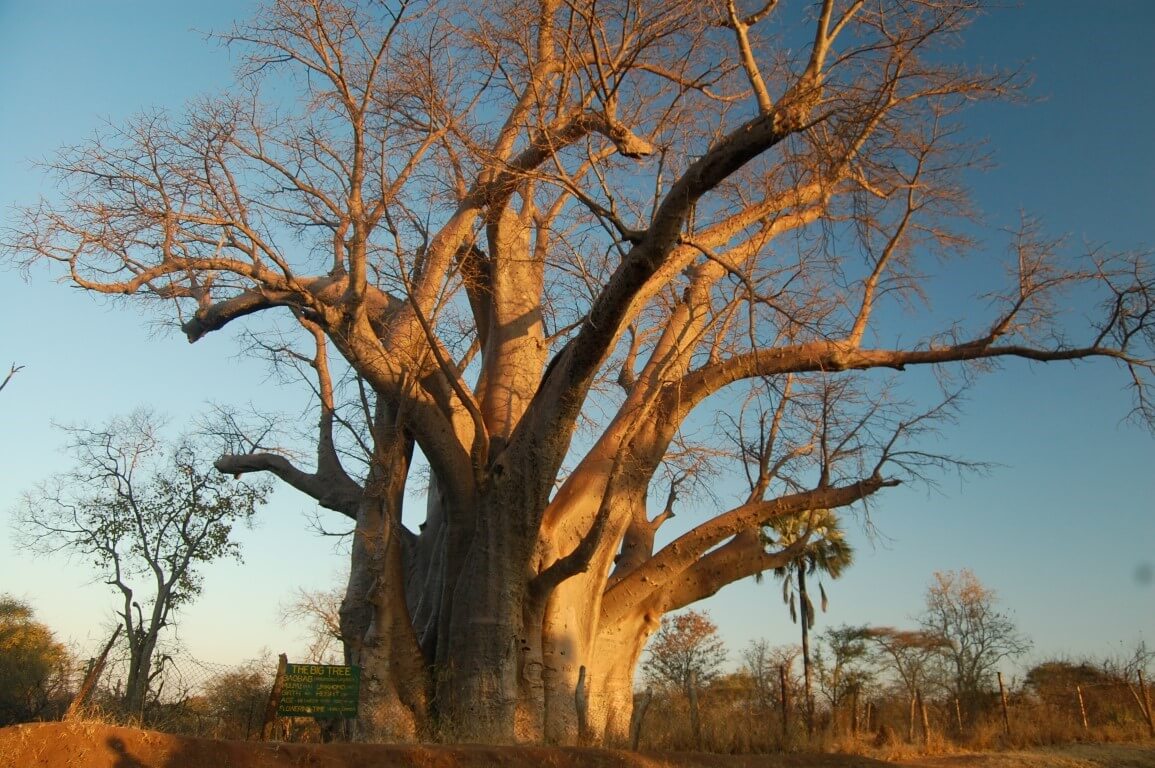 ADRIAN PATRUT AND HIS TEAM flew in from three different continents to study the “Big Tree” at Victoria Falls in Zimbabwe, and for good reason. The Big Tree is a colossal structure, soaring over 80 feet in the air, around 75 feet in circumference, with bulky branches, many stems that make up its trunk, and a wide, gaping hole at its core. The Big Tree is thought to be one of the largest and oldest African baobab trees in the world.

Once the team of three arrived at Victoria Falls, they immediately rented a car to see the Big Tree in person. Its proximity to the falls, a major tourist destination, means that millions of visitors see it in a normal year, making it a sensation in its own right. The sight did not disappoint, Patrut says. “It was as if we had entered straight into a museum, into a well-known painting of a master, but we operated as scientists,” according to the nuclear chemist at Babes-Bolyai University in Romania. “I circled the baobab and admired it from all possible angles.”

Patrut, who has been studying ancient trees for decades, and his team made the pilgrimage to study the growth, age, and architecture of the tree. Dating ancient trees often involves counting “growth rings” that appear seasonally, a tried and true method that unfortunately doesn’t work well for baobabs. These often massive trees have only very faint growth rings, and many have large cavities in their trunk and stems that confound attempts to date them. Until recently, most evaluations of African baobab trees have been “guesstimates,” he says.

But over the past decade, Patrut has been refining a more precise method for estimating the age of baobab trees: radiocarbon dating. Patrut has used it on trees across the continent: South Africa, Mozambique, Namibia. For the Big Tree, his team found that its multiple stems have different ages, with its oldest one dating back to about 870, around the time that Vikings first settled in Iceland.