How Isaac Newton’s Apple Tree Spread Across the World 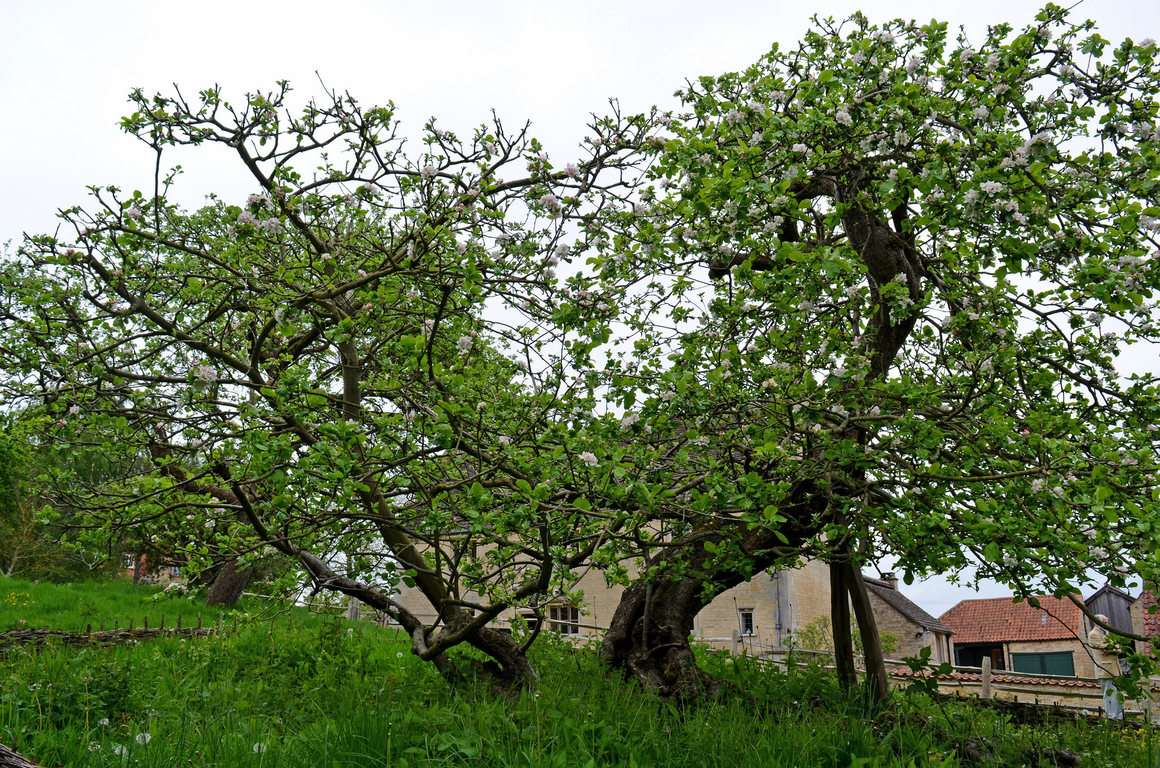 At Woolsthorpe Manor in Lincolnshire, England, the ancestral home of Sir Isaac Newton, sketches drawn by the revolutionary physicist, mathematician, and astronomer still adorn the house’s walls. Outside, a gnarled apple tree has been growing for centuries.

A genetically identical tree is growing at Newton’s alma mater, Trinity College, Cambridge. Several more grow at Parkes Observatory in Australia, and another at the Massachusetts Institute of Technology. Descendants and clones of the Woolsthorpe Manor tree dot college campuses and research centers on every continent, except Antarctica. I myself took long college naps under one such tree at Occidental College in Los Angeles. “Newton’s Apple Tree,” the plaque read, like many others across the globe. “Grown From An Apple From The Estate of Sir Isaac Newton, Lincolnshire, England.”

Newton’s apple tree holds a special place in the annals of science. In 1665, the just-graduated Newton fled to his family home to avoid a plague outbreak. After observing an apple fall from the then-young tree, Newton considered what force could pull objects in a straight line towards the earth. It was the first step towards his theory of gravity, which he would publish in 1687.

The story is widely believed to be false, like the myth of a child George Washington chopping down a cherry tree with a little axe. But Newton himself said his theory arose from seeing a falling apple while he stayed at Woolsthorpe. In physicist R.G. Keesing’s exhaustive history of Newton’s apple tree, he records sources (from the writer Voltaire to Newton’s niece) relating the tale of the apple tree. Newton may have embellished his story. But due to multiple sources of the tale, Keesing writes, there’s little doubt that there’s a seed of truth to it.