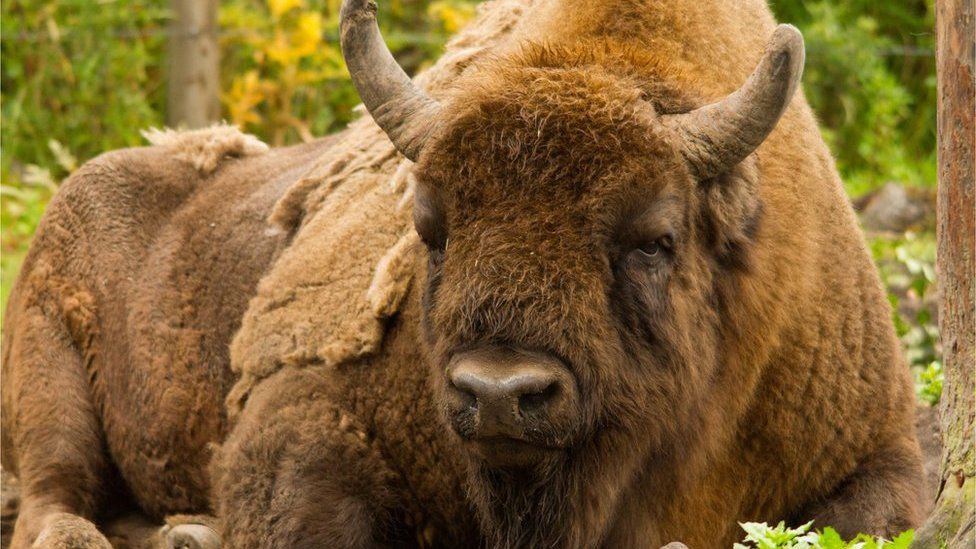 European bison have been released into countryside near Canterbury, Kent, to help restore the area to its natural state.

The project, led by Kent Wildlife Trust and the Wildwood Trust, is taking place in West Blean and Thornden Woods.

They will fell trees by rubbing against them, creating space and light and providing deadwood to help other plants and animals.

The area has been prepared by the UK’s first ever bison rangers.

The Trust said the next step is to introduce Exmoor ponies, Iron Age pigs and Longhorn cattle, whose natural behaviours complement the bison.

Paul Whitfield, the director general of Wildwood Trust, said: “It’s going to demonstrate the very real impact nature based solutions can have in solving the climate crisis.

“We’re going to prove the impact bison in the wild can have on the environment.

“They will create an explosion of biodiversity and build habitat resilience, locking in carbon to help reduce global temperature rise.”

The European bison, which can weigh up to a tonne, were extinct in the wild at the end of World War II.

They are still endangered, and have been bred from zoo herds maintained in Eastern Europe.