Discovering the forest wonders of Africa – and the threats they face 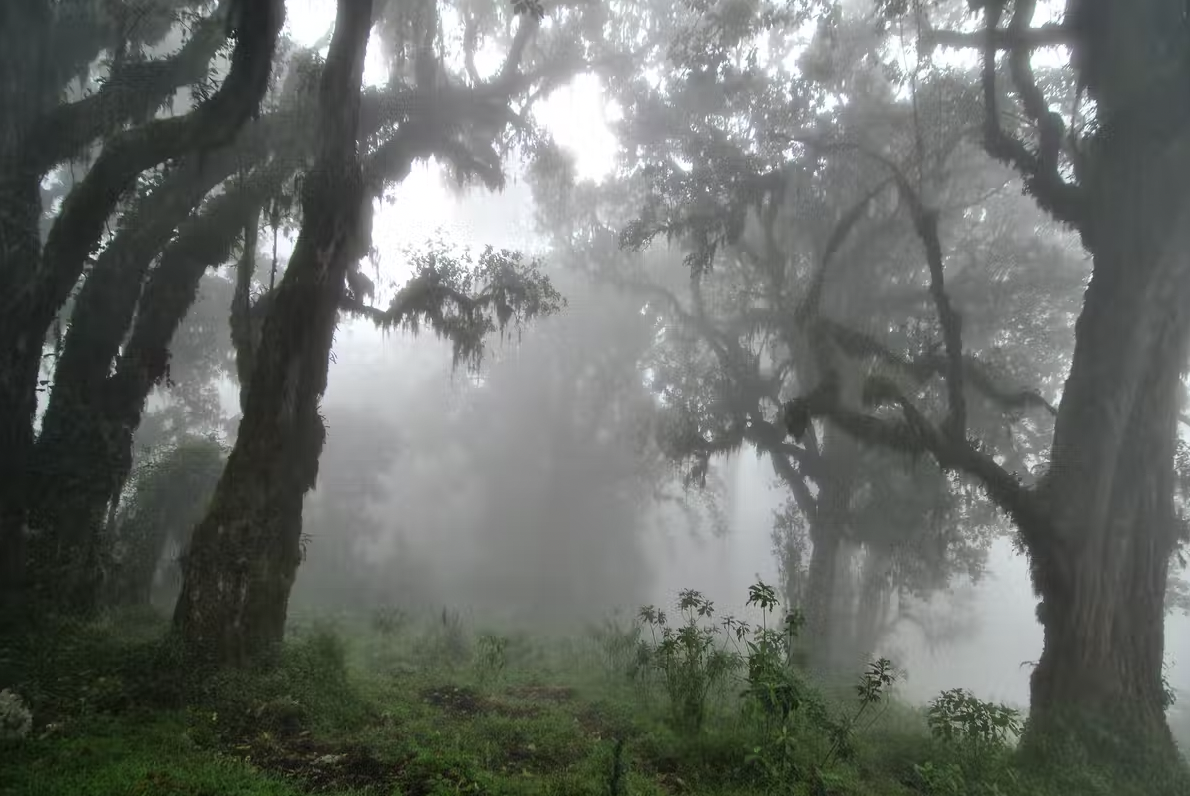 Africa’s forests are some of the natural wonders of the world. As someone who has spent decades studying the ecology and management of tropical forests, I’m constantly amazed by the unique forest ecosystems on the continent.

Some of them are most likely unknown to the public at large, yet so fascinating and important to face our world’s current biodiversity and climate challenges. Starting in the northwest and ending in the southeast, I’d like to share the ones that are special to me. This is a totally personal choice; others would have chosen other unique African forests, so large is the choice. But for how long?

African forests, like many others, are threatened by over-exploitation, conversion to other land uses, and climate change. Many will likely disappear or be degraded to such an extent as to pass tipping points and become something else, something less.

I hope this trip across Africa will help raise interest and trigger the urge to better conserve and manage these unique ecosystems.

Not far from Agadir, on the Moroccan Atlantic coast, grows the argan tree (Argania spinosa). It is the only member of the large Sapotaceae family growing in the northern hemisphere, the only species of its genus and endemic to an area of about 800,000 hectares.

It’s been exploited and managed by humans for more than 3,000 years for argan oil. Argan oil is the most expensive oil in the world, costing up to US$300 a litre in a US$500 million market. Argan oil is perhaps most commonly used as a moisturiser and is often found in products such as lotions, soaps and hair conditioners.

In addition to the oil, argan trees are also a source of wood for fencing, charcoal and fodder for goats. It’s a true multipurpose tree, critical especially for women’s livelihoods.

Unfortunately, despite its status as a UNESCO biosphere reserve, the argan forest is slowly dying from over-grazing, deforestation and climate change. Hopefully the argan oil boom will help to conserve and restore this unique forest ecosystem.

Flying south-east, over the Sahara Desert and the Sahelian savannas, we reach the Congo Basin rainforest.

The Congo Basin rainforest is the second largest rainforest in the world (after the Amazon). It’s home to many forest giants, trees like the Sipo or Moabi. These and other giants are the origin of precious timber but also of important resources for local people, such as food and medicines. It’s also home to animals like forest elephants, buffaloes, and lowland gorillas.

Deep in the heart of the Congo Basin forests lies the largest peat swamp forest of the world. Only recently “discovered” by science, this place was known by the Aka community who live there as the place where roamed the Mokele Mbembe, a mythical dinosaur-like monster the size of an elephant.

No one has never seen it but now we know that this peatland forest stores more than 30 billion tonnes of carbon. Should these be released, by clearing the forest above, into the atmosphere, we will have unleashed a much worse monster than the Mokele Mbembe.

Fortunately, because of its remoteness and difficulty of access, the Congo Basin peatland complex has been naturally protected till now, but it could be threatened soon by oil exploration should we not pay attention.

At the eastern border of the Congo Basin rise the Ruwenzori mountains. On the mountain slopes are the last Afromontane forests.

These forests are home to the tallest tree in Africa, a whopping 81.5 metres tall Entandrophragma excelsum hidden in a remote valley of Mount Kilimanjaro.

These forests harbor a high level of endemism – meaning many of the trees can only be found here – and biodiversity. They also act as water towers, regulating and providing water for the lowlands and their inhabitants.

These Afromontane forests store more carbon per hectare than the Amazon rainforest. Sadly, in the past 20 years, 0.8 million hectares of mountain forests have been lost to agriculture. This is mostly in the Democratic Republic of the Congo, Uganda and Ethiopia. This has resulted in over 450 million tonnes of carbon dioxide being emitted into the atmosphere.

Continuing our journey down south, we soon reach the immense area of Miombo woodlands. They span an estimated total area of around 2.7 million km² from Angola in the west to Tanzania in the east, and down to the northern edge of South Africa.

Over 65 million people rely on these ecosystems for their livelihoods, making use of resources such as fuelwood, timber, charcoal production, fruits, honey, mushrooms, medicinal plants, and fodder for livestock.

One tree species only makes the canopy, Colophospermum mopane.

They are an important ecosystem for large mammal diversity and biomass in southern Africa, including some of the most significant remaining populations of black rhinoceros, elephant, white rhinoceros, hippopotamus, buffalo, giraffe and greater kudu.

The forest is also the only source of a less emblematic but very important animal: the mopane worm. Gonimbrasia belina, by its Latin name, is a very important seasonal source of protein for the populations living near mopane woodlands.

Crossing the Mozambique channel, we arrive in Madagascar. On the south-west of the “Grande Ile” grows the Spiny Forest. It’s a place like nowhere else on Earth, where endemic oddities like the octopus tree (Didierea madagascariensis) and other strange members of the Didieraceae family grow mixed with swollen baobabs (Adansonia rubrostipa) and other bottle trees (Pachypodium geayi).

The Spiny Forest is inhabited by even weirder animals, ghostly white lemurs impervious to thorns, birds that sing communally and a chameleon that spends most of its life as an egg.

Unfortunately like the other unique forest wonders of Africa, the Spiny Forest is threatened by over-exploitation for charcoal production as local farmers have been put out of business by the more and more unpredictable climate and have few other opportunities in the impoverished and dry Madagascar south-west.

We have reached the end of our trip over Africa. Our choices are subjective and we could have presented other forest wonders but we hope this will be enough to convince you of the importance of these ecosystems and of their threatened status because of us, humans. We should better protect and manage these ecosystems as we depend on them for our survival.