Climate change is turning the trees into gluttons 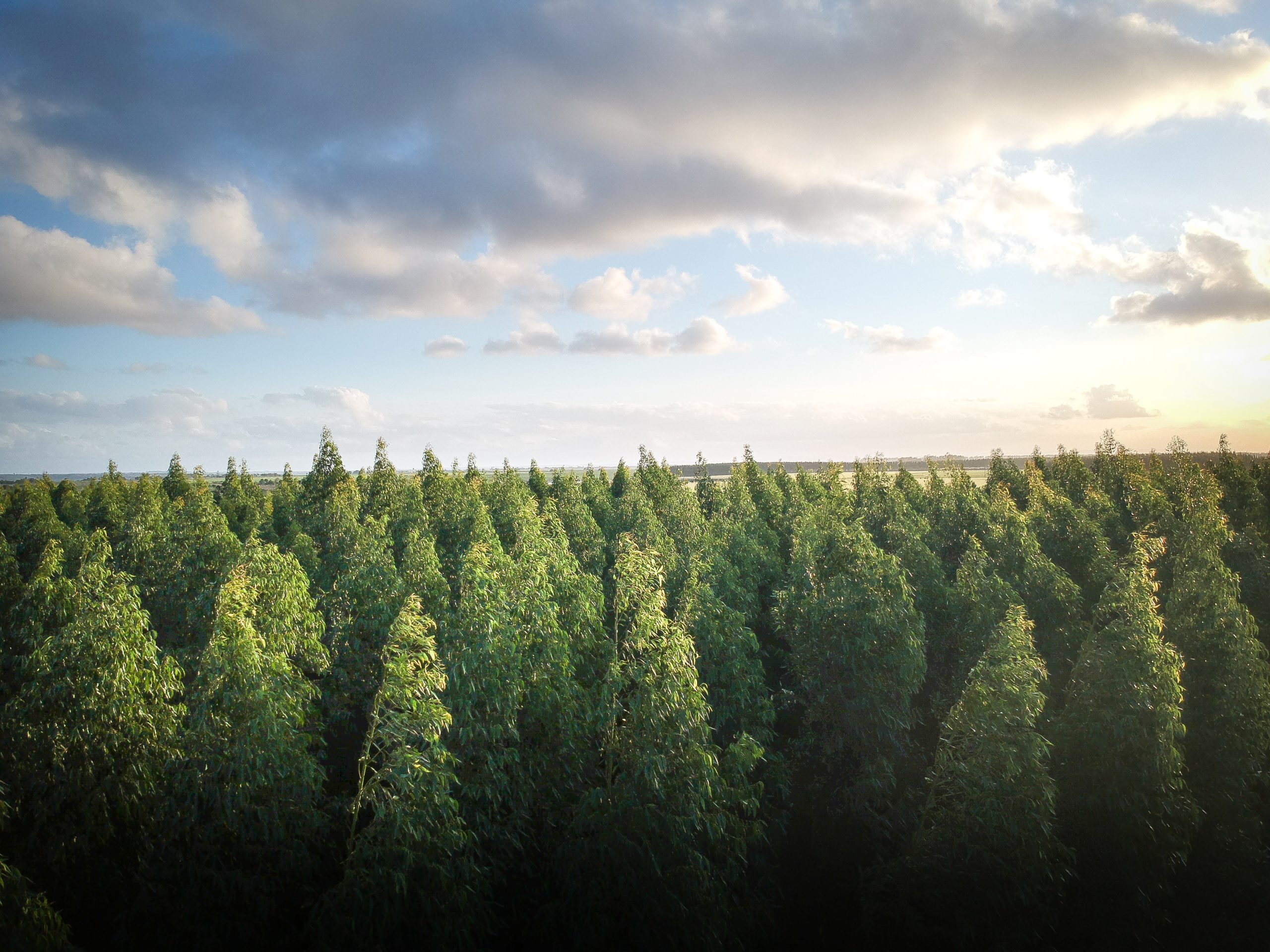 Researchers find that trees are getting bigger, thanks to carbon dioxide

Trees have long been known to buffer humans from the worst effects of climate change by pulling carbon dioxide from the atmosphere. Now new research shows just how much forests have been bulking up on that excess carbon.

The study, recently published in the Journal Nature Communications, finds that elevated carbon dioxide levels in the atmosphere have increased wood volume – or the biomass – of forests in the United States.

Although other factors like climate and pests can somewhat affect a tree’s volume, the study found that elevated carbon levels consistently led to an increase of wood volume in 10 different temperate forest groups across the country. This suggests that trees are helping to shield Earth’s ecosystem from the impacts of global warming through their rapid growth.

“Forests are taking carbon out of the atmosphere at a rate of about 13% of our gross emissions,” said Brent Sohngen, co-author of the study and professor of environmental and resource economics at The Ohio State University. “While we’re putting billions of tonnes of carbon dioxide into the atmosphere, we’re actually taking much of it out just by letting our forests grow.”

This phenomenon is called carbon fertilization: An influx of carbon dioxide increases a plant’s rate of photosynthesis, which combines energy from the sun, water, and nutrients from the ground and air to produce fuel for life and spurs plant growth.

“It’s well known that when you put a ton of carbon dioxide in the atmosphere, it doesn’t stay up there forever,” Sohngen said. “A massive amount of it falls into the oceans, while the rest of it is taken up by trees and wetlands and those kinds of areas.”

Over the last two decades, forests in the United States have sequestered about 700-800 million tonnes of carbon dioxide per year, which, according to the study, accounts for roughly 10% to 11% of the country’s total carbon dioxide emissions. While exposure to high levels of carbon dioxide can have ill effects on natural systems and infrastructure, trees have no issue gluttoning themselves on Earth’s extra supply of the greenhouse gas.

To put it in perspective, if you imagine a tree as just a huge cylinder, the added volume the study finds essentially amounts to an extra tree ring, Sohngen said. Although such growth may not be noticeable to the average person, compared to the trees of 30 years ago, modern vegetation is about 20% to 30% bigger than it used to be. If applied to the Coast Redwood forests – home to some of the largest trees in the world – even a modest percentage increase means a lot of additional carbon storage in forests. Researchers also found that even older large trees continue adding biomass as they age due to elevated carbon dioxide levels.

Unlike the effects of climate change, which varies over location and in time, the amount of carbon dioxide in the atmosphere mixes almost evenly, so every place on Earth has nearly the same amount, Sohngen said.

So to test whether the chemical compound was responsible for beefing up our biome, Sohngen’s team used historical data from the U.S. Forest Service Forest Inventory and Analysis Program (USFS-FIA) to compare how the wood volume of certain forest groups has changed over the past few decades. The study estimates that between 1970 and 2015, there was a significant increase in trees’ wood volume, which correlates with a distinct rise in carbon emissions.

Researchers were also able to use this method to test whether there were differences in naturally occurring trees versus trees that were planted. Sohngen thought that planted trees would undergo a bigger fertilization effect, as they have an advantage in that planters often pick the best seeds to plant in only the best locations. On the contrary, he was surprised to find that planted trees respond to carbon dioxide levels in the same way natural ones do.

Overall, Sohngen said this work shows that the wood volume response to carbon dioxide in our ecosystem is even higher than his colleagues predicted with experimental studies.

The results should show policymakers and others the value of trees in mitigating climate change. Sohngen said that carbon fertilization could one day make tree-growing efforts more efficient. For instance, if it costs $50 to plant one acre of trees today, with the help of carbon fertilization, that number could easily be decreased to $40. As climate change costs the United States about $2 trillion each year, that decrease could help drive down the cost of mitigating climate change, Sohngen said.

“Carbon fertilization certainly makes it cheaper to plant trees, avoid deforestation, or do other activities related to trying to enhance the carbon sink in forests,” Sohngen said. “We should be planting more trees and preserving older ones, because at the end of the day they’re probably our best bet for mitigating climate change.”

The study was led by Eric Davis, a Ph.D graduate of Ohio State’s agricultural, environmental, and development economics program. This research was supported by the U.S. Department of Agriculture.