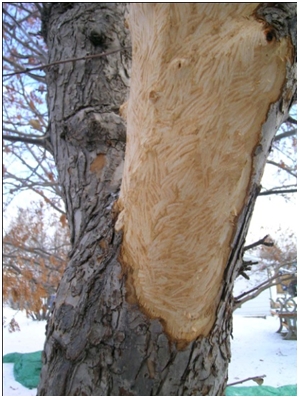 NAPERVILLE, Ill. — A man who said he sprayed trees in a suburban Chicago park to protect them after an anxious dog chewed off the bark has been ticketed by authorities.

Asher Thomas is accused of “altering flora” in a Naperville dog park. The ticket from the Will County Forest Preserve carries a $225 fine, the Aurora Beacon-News reported.

“Just as you can’t go around doing things to other people’s property, even if intentions are good, you can’t allow your dogs to do damage or spray a foreign substance on trees,” said Forest Preserve Deputy Police Chief Dave Barrios.