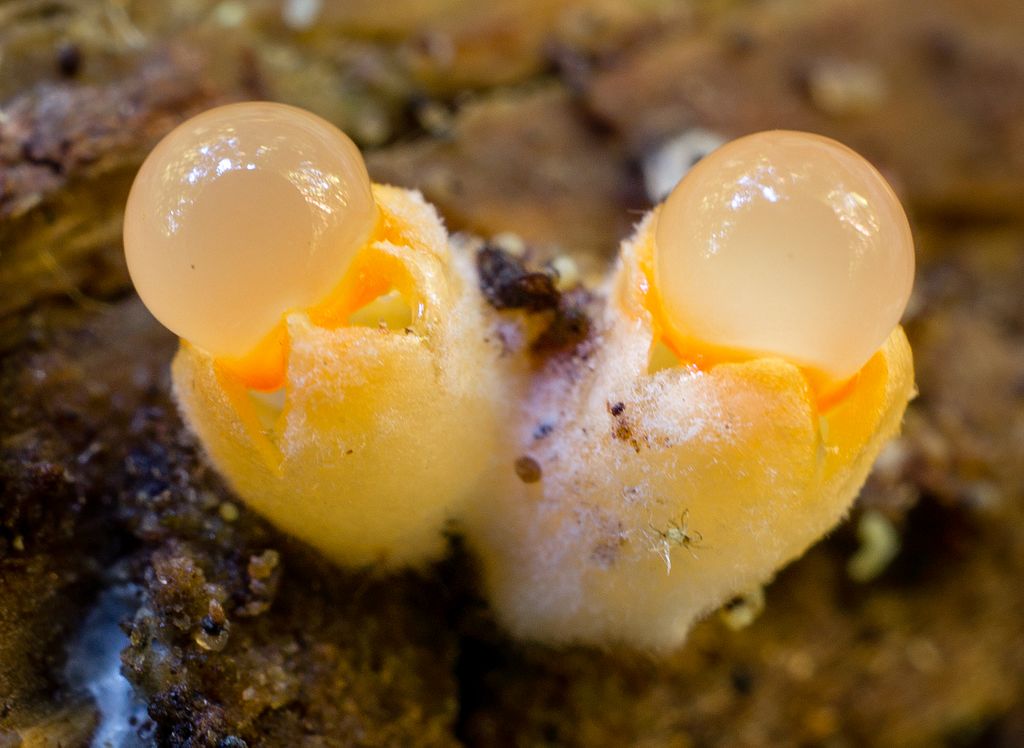 You’ve probably seen artillery fungus (Sphaerobolus stellatus) and not even known it. It looks like tiny dark spots and is found on light-colored cars and exterior surfaces like siding. It’s also found in manure and bark mulches. Its name refers to its ability to propel spores quite some distance.

What is it? Sphaerobolus is a common fungus that sticks firmly to light or white surfaces and resembles spots of tar. Its ability to stick to surfaces is nothing short of amazing and the spots can be almost impossible to remove without damaging paint or finish. This common fungus is often found in bark mulch, and especially hardwood mulch. There’s some thought that artillery fungus in cedar and pine bark mulch may occur less frequently than hardwood. Because it shoots spores towards bright light, it’s typically found on the north side of buildings. It produces a cup-shaped peridiole that contains fruiting bodies. When the cup fills with water, it inverts and shoots out the fruiting bodies. These are most obvious when attached to a light-colored surface, such as white siding. Once they attach, the fungus is very difficult to get off. It isn’t harmful or toxic and does no real damage to a surface other than taking the finish with it.

The best conditions for the formation of the spores are cool, moist and shady conditions. This is why the spores are more noticeable on the north side of a house. They are more prevalent on lighter structures because the peridiole shoots the fruiting bodies towards light and light reflects best off of these lighter surfaces

To mitigate the chance of occurrence, rake old mulch to expose the spores to light and dry it out. New mulch can be added over the old to suffocate it in the mulch.

There’s no question if it winds up on the surface of something you care about, it will be an arduous and annoying task to deal with!