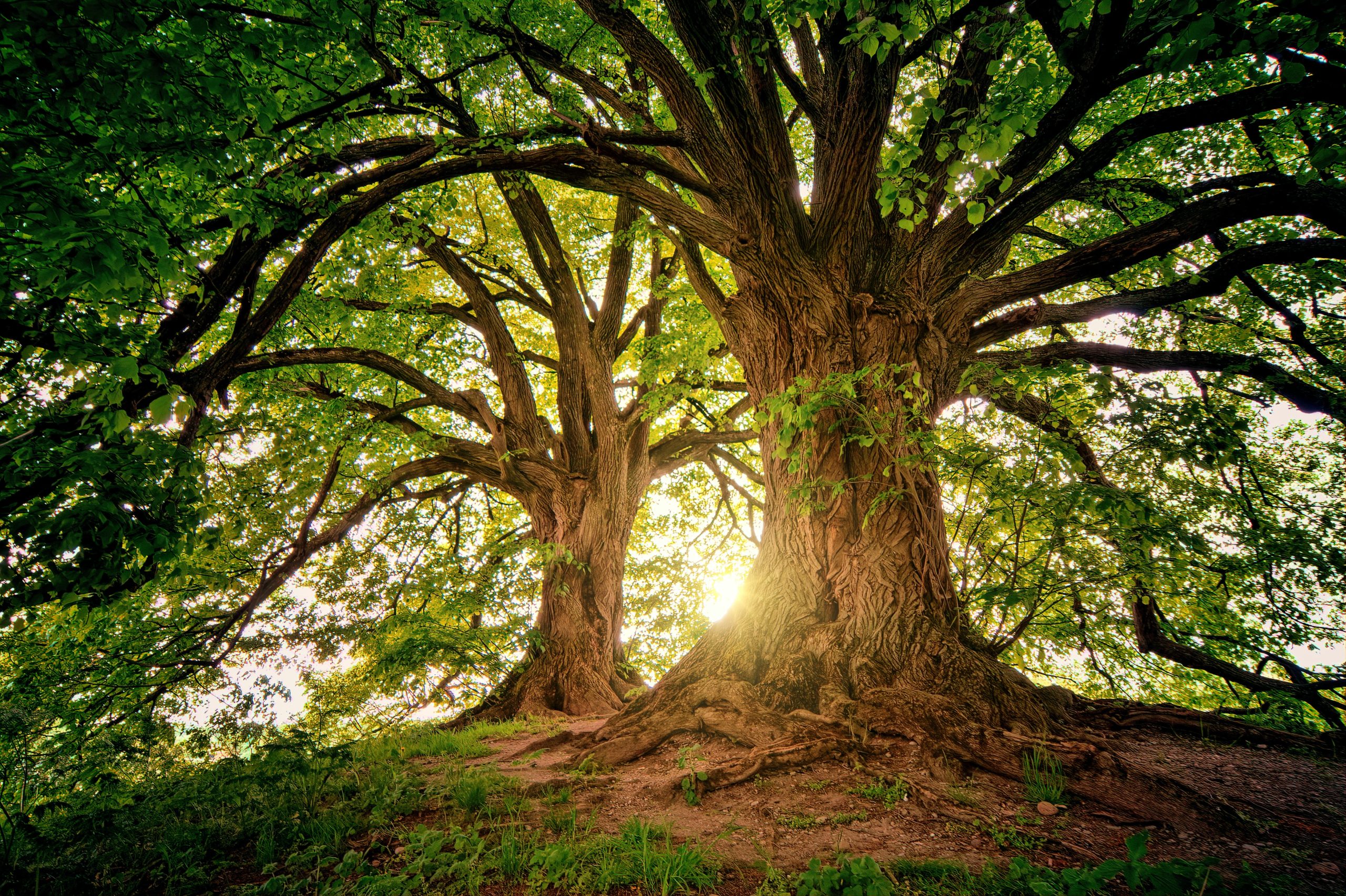 The oldest trees in the forest carry outsized importance.

Ancient trees, the venerable sentinels of forests, may preserve genetic diversity that helps woodlands thrive for thousands of years, a new study suggests.

In a typical deciduous forest, the oldest of the old trees — many of which were standing during the First Crusade — can act almost like time-travelers, representing the forest as it stood centuries before most of the trees around it were saplings. These ancient trees may have taken root in very different environmental circumstances as most other trees in the forest, meaning their offspring may have advantages should the environment change again.

Some species of trees are famous for living to mind-bogglingly ripe old ages: The White Mountains of California are home to unique populations of extremely long-lived bristlecone pines (Pinus longaeva), which can survive more than 5,000 years. California’s Giant Sequoia (Sequoiadendron giganteum) has been recorded living longer than 3,000 years, as has the alerce (Fitzroya cupressoides) of Chile and Argentina.

But even typical trees can have extraordinarily long lives, stretching for centuries. These ancients are now rare in North America thanks to logging and forest clearing, except in a handful of places in the Pacific Northwest and in some parts of Appalachia, said Charles Cannon, the director of the Center for Tree Science at the Morton Arboretum in Lisle, Illinois. Surviving ancients are now mostly found in the tropics, in places like Borneo and the Amazon, Cannon told Live Science – and those forests are shrinking every day.

“I am getting more and more convinced that they are quite important and do play a crucial role,” Cannon said. “And once we lose them, they are gone. They are this property that emerges out of old-growth forests, out of centuries, and once we cut them down we’re not getting them back.”

In his new study, Cannon used computer models to estimate the prevalence of ancient trees as forests grow and mature. Because trees’ life spans are so much longer than humans’, computer modeling is one of the best ways to understand how forests change over long time periods, Cannon said.

Unlike animals, trees aren’t programmed to die after a certain life span. Instead, their deaths come as a result of external forces, like a gale that turns their canopies into matchsticks or an insect infestation that saps them of nutrients. Once trees reach maturity and establish themselves, their death rates fall off dramatically, and death comes almost randomly. Studies of tree mortality in established forests peg the rate of mature tree death at around 1.5% to 2% of trees each year.

With no internal clock ticking them closer to death, some trees win the life-span lottery, dodging drought, disease, and weather and surviving two to three times longer than the average tree in the forest. These oldest-old trees in an old-growth forest can reach ages of nearly 1,000 years. The age of the oldest trees in a forest depends heavily on the overall mortality rate of mature trees, Cannon and his colleagues reported on Jan. 31 in the journal Nature Plants. At 1% mortality, for example, the oldest trees can easily approach 1,000 years, and there can be hundreds of these ancients. At 3% mortality, the oldest trees are no more than 200 or 300 years old. This is troubling, Cannon said, because researchers have recorded increasing tree mortality around the world. This is due to climate impacts like drought and insect infestation, according to the Government of Canada website.

The importance of age

A tree that rooted and flourished nearly a millennium ago may have done so in very different conditions than the younger trees around it. That’s important, Cannon said, because the ancient trees in the forest may have a different genetic profile compared with their younger neighbors. These oldest trees may provide something like a genetic insurance policy, producing seeds and pollen that can withstand unusual environmental conditions.

Alternatively, Cannon said, the trees might sometimes be a drag on the forest. If their seedlings are adapted for nonexistent circumstances, their genetic contribution might actually weaken the forest as a whole. Either way, the large size of most ancients means that they produce large amounts of seeds and pollen, he said. And trees don’t stop reproducing with age, as animals do. Together, the trees’ size and age mean they can have an outsized impact on forest diversity and reproduction.

It’s not easy to study ancient trees, Cannon said. They’re large, but may not be the largest in the forest, and dating trees isn’t always straightforward. Tropical trees, for example, don’t have the clearly delineated rings that trees in temperate regions with clear seasons do. Even in areas where trees are well-studied, scientists may not have a good catalog of tree ages.

“If you could go out and sample the age of many trees in one forest, we could see how the natural process is different from the statistical process [in the computer model],” Cannon said. “And that might give us some insight into the biology of what’s going on.”