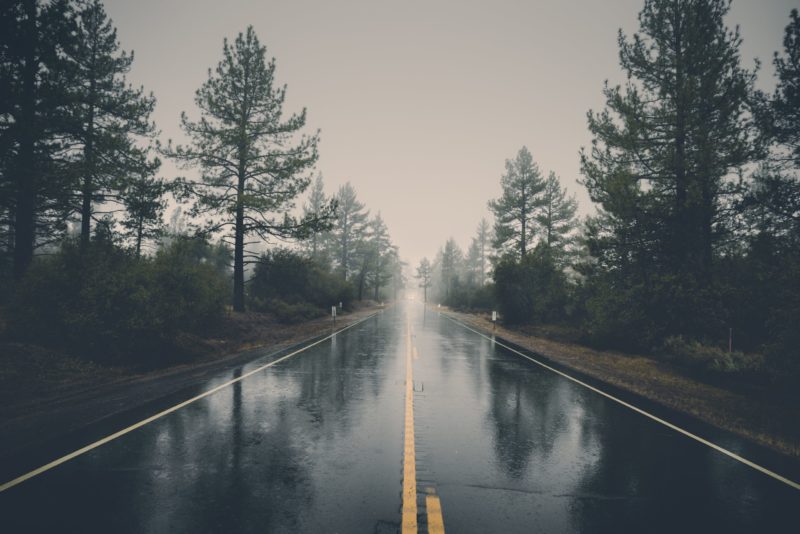 There’s been nothing like these cyclone seasons for at least several centuries.

Tropical cyclones like Hurricane Ida can cause severe flooding, producing disruptions, damage, and loss of life. Like many other types of weather, tropical cyclones and hurricanes on the US East Coast have become more extreme over the past several decades. Although there is some controversy over the extent of the increase in intensity, there is evidence that such storms are moving more slowly than in the past. This slower movement causes storms to last longer and produce more rain. However, because conventional weather records only go as far back as 1948, it’s unclear how unusual these slow-moving cyclones are compared to earlier weather patterns.

A recent study addresses this question by using tree rings to reconstruct hundreds of years of seasonal cyclone precipitation levels. The studied trees, some over 300 years old, show that precipitation extremes have been increasing by 2 to 4 mm per decade, resulting in a cumulative increase in rainfall of as much as 128 mm (five inches) compared to the early 1700s. The greatest increases have occurred in the last 60 years, and recent extremes are unmatched by any prior events.

Beyond establishing these reconstructed historical records, researchers are working with these data sets to improve forecasts of what this region might expect in the future.

Good for growth—at least for trees

In earlier work, Dr. Justin Maxwell and his collaborators found that longleaf pine trees on the East Coast of the US could act as indicators of tropical cyclone precipitation, as measured by the trees’ late season (June to October) growth bands. These smaller, more local studies indicated that recent precipitation levels were far greater than anything the trees had experienced earlier in their lifetimes.

That’s an unexpected finding since tree-ring records generally show evidence of extreme weather scattered throughout their history, although the frequency may vary. The discovery prompted a new study, which checked whether this pattern held over a wider area.

“Often, tree-ring reconstructions show us that the extreme climate we have recorded with instruments (weather stations) over the last 120 years was surpassed back in time,” Dr. Justin Maxwell told Ars Technica. “Our past research showed that recent extremes were unmatched in the past—all the highest values are mostly since the 1990s, which was a big surprise, and that encouraged us to sample a broader area to see if this increase was local or present over a larger region.”Advertisement

Combining existing data sets with two new locations, the researchers included trees from a total of seven sites across North and South Carolina. Within North America, this region receives the most rain from tropical cyclones, and it also has the world’s most complete record of this type of precipitation.

The new data sets included a selection of samples from 13–36 old-growth trees per site (taken in a way that caused minimal damage to the trees), as well as stumps. The researchers’ next step was to calibrate their model by comparing tree ring patterns to known rainfall measurements from 1948 to the present.

Reconstructing the past to predict the future

As might be expected, tree rings are more representative of seasonal rainfall than of the frequency or extremity of individual storms. But the growth patterns clearly suggested less cyclone season precipitation in centuries gone by.

A year with a lot of rain doesn’t necessarily mean a giant storm passed through. “[It] could represent rainfall from one hurricane, or it could’ve been multiple hurricanes,” wrote Maxwell. “What we found in this paper is that this area is receiving more tropical cyclone precipitation for the entire season.” While researchers in the field are still debating the cause, many have suggested that it’s related to the trend of storms moving over the area more slowly.

Worldwide, cyclones’ translational speeds have decreased by as much as 10 percent in the last 70 years due to weakening global wind currents. “This [increased precipitation] is because hurricanes are hanging around one area longer than they used to,” Maxwell explained.

The team is expanding its historical reconstruction by including samples from across the southeastern US. The study’s co-author, Dr. Joshua Bregy, is also collaborating with other experts to explore whether these reconstructions can be used to help project what we might expect from future cyclone seasons.

“Based on our current knowledge of the global climate system, in a warmer world, global winds will be weaker, and we are seeing this happen already,” said Maxwell. “If warming continues, as is predicted, these global winds will continue to be weak. Global winds are what steer tropical cyclones, so having weaker winds leads to more meandering storm tracks and stalled storms in one location, producing more rainfall. Therefore, these large seasonal totals of tropical cyclones are likely to continue into the future.”

K.E.D. Coan is a freelance journalist covering climate and environment stories at Ars Technica. She has a Ph.D. in chemistry and chemical biology.