Wooded Parcel Near JRPS, Maymont Saved from Development Through Easement 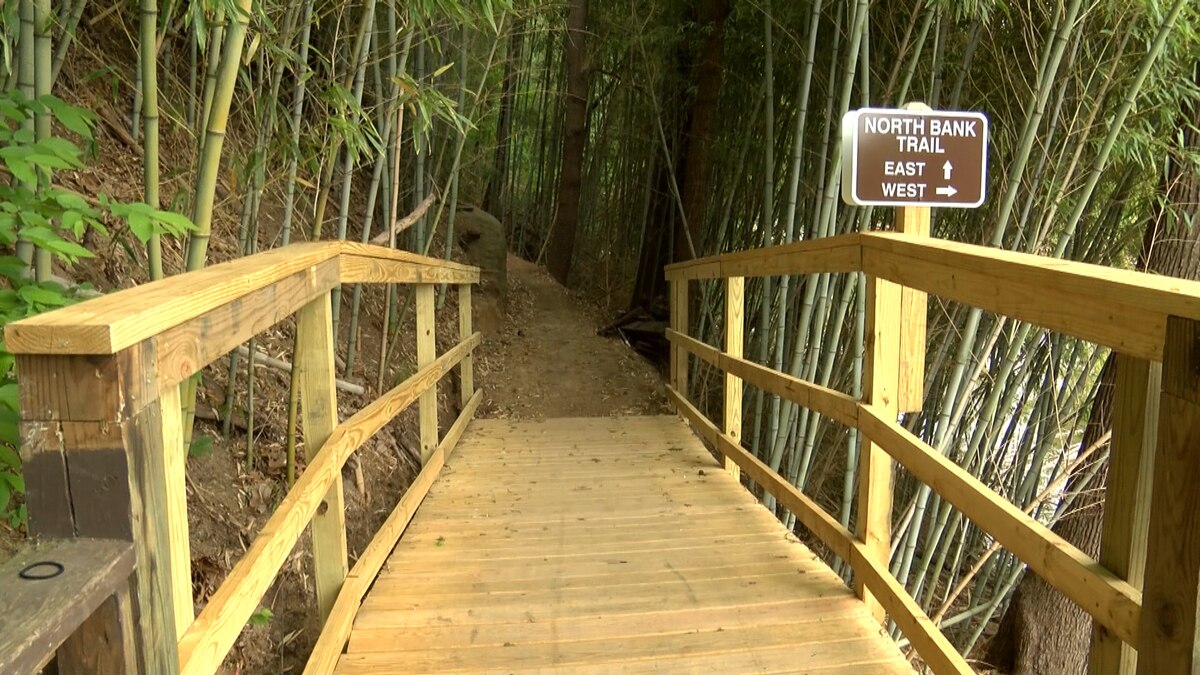 The allure of the James River Park System attracts thousands of visitors to its woods, trails, and shorelines annually. Its 600 acres along the north and south bank of the James River provide flood protection and riparian areas while also providing critical natural habitat for terrestrial and aquatic species being impinged by downtown neighborhoods such as Riverview, which is more commonly known as Maymont due to its adjacent grand-estate namesake.

For some nearby residents, the proximity of the James River Park System is an important factor for choosing a home in the neighborhood. For Chris and Jody Liesfeld, raising their family amidst the setting of the park was a primary goal as they set to build their dream house on Carter Street. Yet as development pressure increased in the area, long-time residents of Riverview began to worry that the attractive natural character of their neighborhood and its nearby parks may be under threat, and the Liesfeld’s purchase only heightened that worry.

“It had been a property neighbors cautiously watched as we witnessed the transformation of surrounding streets,” said Mark Brandon, President of the Maymont Civic League. “We were very suspicious upon learning that someone had bought the property.”

However, to the delight and relief of many neighbors, the Liesfelds share a deep appreciation for environmental stewardship, and as they planned their home, the Liesfelds worked with Capital Region Land Conservancy (CRLC) to set aside a 3.036-acre area of deciduous woods along the North Bank Trail connector between Texas Beach and Maymont along the historic Kanawha Canal to be protected by a conservation easement in perpetuity. The conservation easement restricts development so that no dwellings can be built and the woodlands will be preserved to protect water quality and native species. Through a separate agreement, the Liesfelds have also committed to combatting the invasive species and removing debris from the property.