Home | Tree News | The World’s Largest Organism Is Being Devoured

The World’s Largest Organism Is Being Devoured 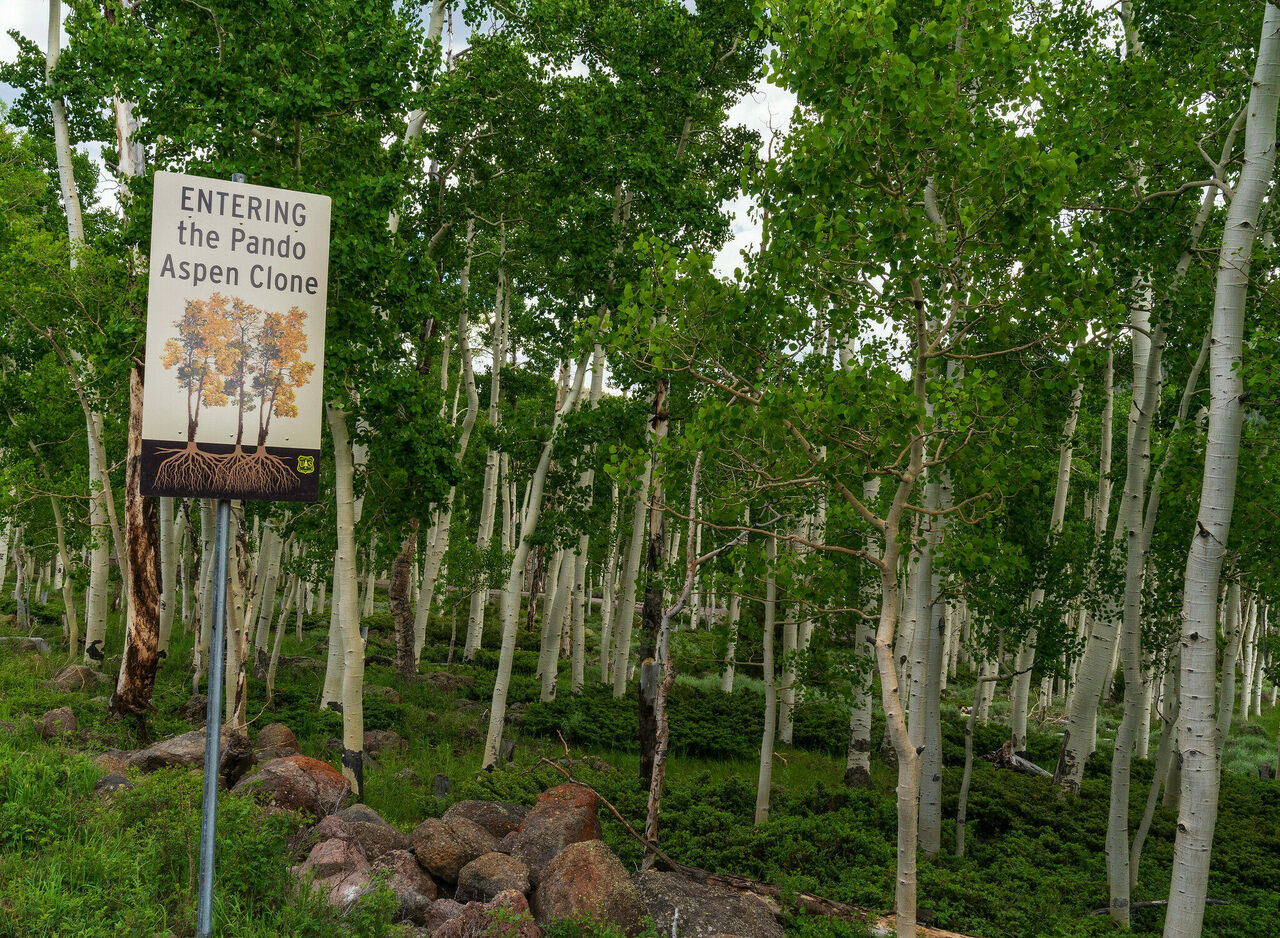 IN THE WASATCH MOUNTAINS OF the western United States, on the slopes above a spring-fed lake, there dwells a single giant organism that provides an entire ecosystem on which plants and animals have relied for thousands of years. Found in my home state of Utah, “Pando” is a 106-acre stand of quaking aspen clones.

Although it looks like a woodland of individual trees with striking white bark and small leaves that flutter in the slightest breeze, Pando (Latin for “I spread”) is actually 47,000 genetically identical stems that arise from an interconnected root network. This single genetic individual weighs around 6,000 metric tons. By mass, it is the largest single organism on Earth.

Aspen trees do tend to form clonal stands elsewhere, but what makes Pando interesting is its enormous size. Most clonal aspen stands in North America are much smaller, with those in the western U.S. averaging just 3 acres. Pando has been around for thousands of years, potentially up to 14,000 years, despite most stems only living for about 130 years. Its longevity and remoteness mean a whole ecosystem of 68 plant species and many animals have evolved and been supported under its shade. This entire ecosystem relies on the aspen remaining healthy and upright. But, although Pando is protected by the U.S. Forest Service and is not in danger of being cut down, it is in danger of disappearing due to several other factors.