The Life and Fiery Death of the World’s Biggest Treehouse 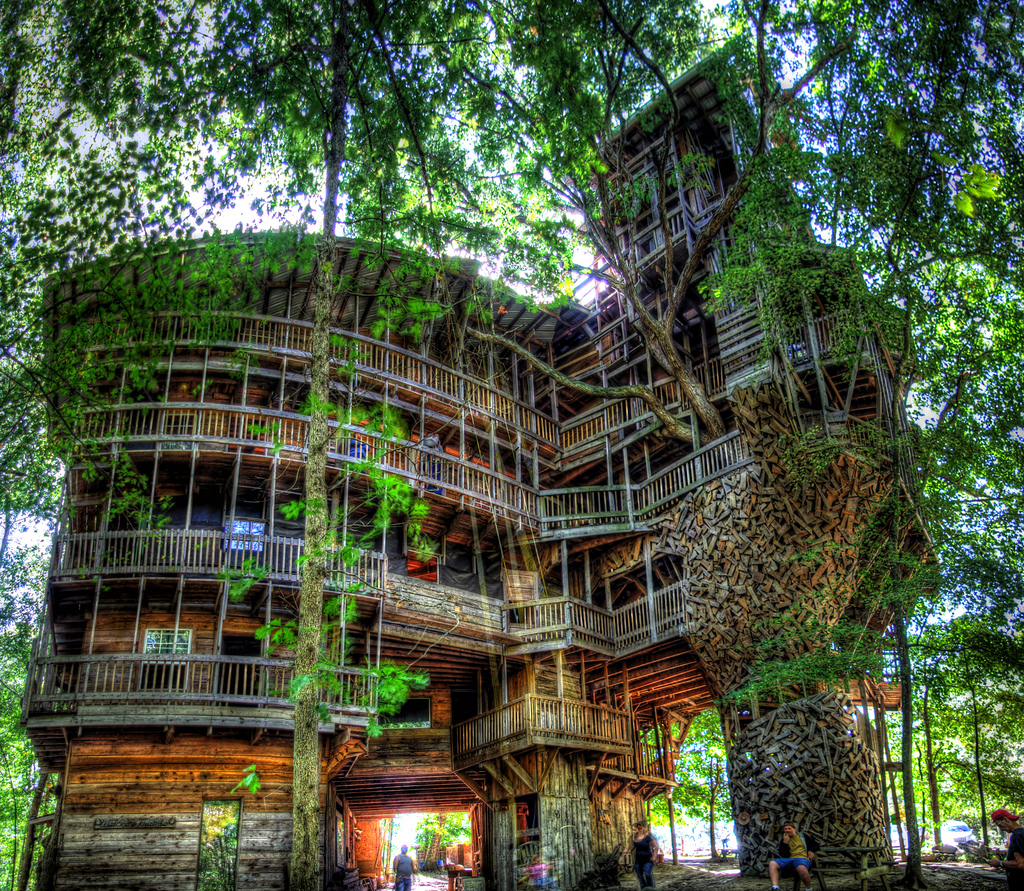 For the thousands of people around the world who’d once visited and admired the world’s largest treehouse in Crossville, Tennessee, the news came as an awful shock. In October 2019, a blaze consumed the singular construction. But for Horace Burgess, the treehouse’s architect, this is just how things go. He was well acquainted with how it feels to lose your own, self-built treehouse in an angry conflagration. Heck, he’d already burned one down himself.

“It was just evil,” says Burgess of the older treehouse he built and then razed back in the 1980s. There was “no good about it.” The house had ended up serving as Burgess’s hideaway for doing drugs, which he committed to quitting after the deaths of some friends. Trouble was, the house itself had become part of the habit. A voice came to Burgess, saying that he had to burn the house down if he was going to rebuild his life. And it wasn’t just any voice.

People typically think “you’re a little bit crazy when you say that God spoke to you,” Burgess admits, “but really he’s the one that tells us to put our pants on in the morning.” Looking back, Burgess says that burning that first treehouse down—on God’s advice—was “probably the most sane moment in my life.”

Click here to read the rest of the story…