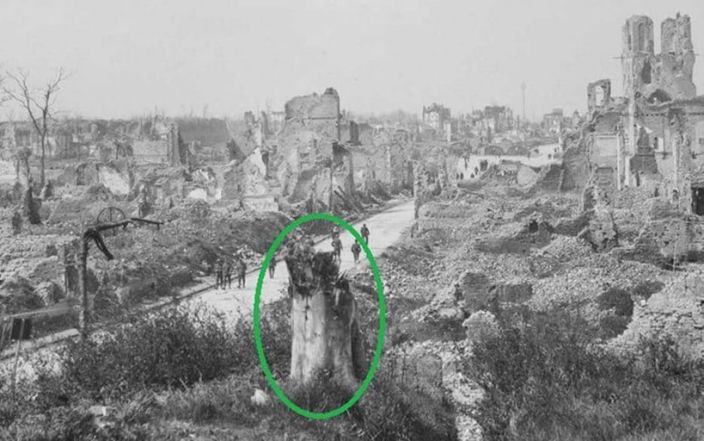 A chestnut tree that miraculously survived the shelling of Ypres and the combined horrors of two world wars has been named the winner of Belgium’s Tree of the Year competition and celebrated as an enduring symbol of survival in the face of adversity.

The tree, which British Tommies marched past on their way to the front, was badly damaged during the First World War in bombardments that razed the Belgian city to the ground.

Incredibly the tree survived the shelling, which lasted from October 1914 to September 1918, as it was protected by the city walls.

The tree was planted in 1860 on the eastern rampart of the medieval Flemish city’s fortifications, and its root structure was strong enough to help the tree recover.

It grew back with four separate trunks as Ypres was painstakingly rebuilt after being obliterated by German bombardments, and the base trunk now has a 9.2m circumference.